TRS Will Continue Politics Of Appeasement If Back In Power: Amit Shah

The BJP Chief seeks to know why TRS imposed early polls on the state when Lok Sabha and Assembly elections are slated to be held nine months later. 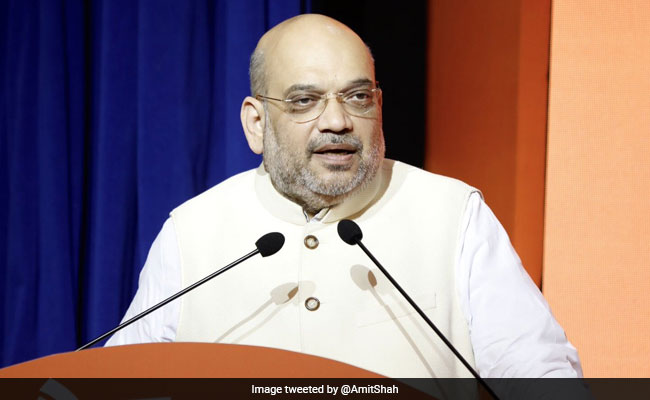 BJP is ready to give a tough fight to both TRS and Congress in every constituency, Amit Shah

He seeks to know why the TRS imposed early polls on the state when Lok Sabha and Assembly elections are slated to be held nine months later.

Mr Shah, who was in the city to launch the Bharatiya Janata Party's poll campaign, told a news conference that Telangana Chief Minister K Chandrashekhar Rao had initially supported Prime Minister Narendra Modi's idea of "one nation one election", but was surprised when the chief minister suddenly changed his stand.

"Rao and TRS have forced a small state to bear expenditure of two elections. BJP believes that TRS has put an additional burden of crores of rupees on people to further its political interests," said the BJP chief.

Mr Shah, who will be addressing a public meeting at Mahabubnagar today evening to kick off the party's campaign, said that the BJP was ready to give a tough fight to both TRS and opposition Congress in every constituency. He was confident that the party will emerge as a strong and decisive force in the state.

The party chief said there were no chances of TRS getting a fresh mandate. "If the TRS government comes back to power, it will continue its politics of appeasement," he said slamming it for passing a resolution to provide 12 per cent reservation to Muslims and sending it to the Centre for its approval."

Mr Shah has denied reports that BJP was hand-in-glove with TRS and alleged that it was the TRS and Majlis-e-Ittehadul Muslimeen (MIM) which were engaged in "shadow boxing".

The BJP leader ruled out any alliance with TRS. Replying to a query, he said PM Modi's praise of Mr Rao during his speech in Parliament was in a different context and it cannot be interpreted as an understanding between the two parties.

Claiming that the Modi government provided Rs. 2.3 lakh crore to Telangana during last four years against Rs. 15,000 crore given during Congress rule, Mr Shah said the BJP showed no discrimination towards any state, but opposed to politics of appeasement.