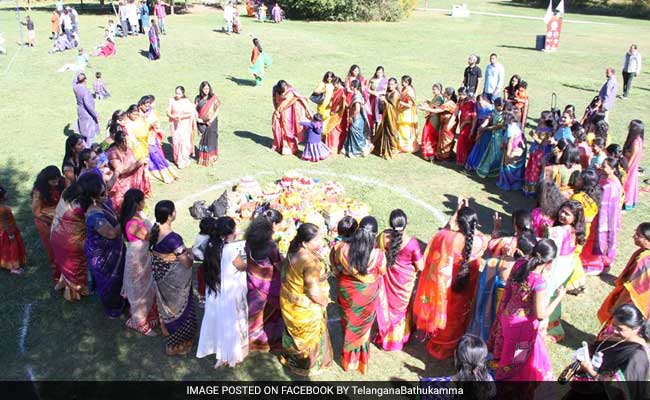 The Telangana government will be distributing nearly one crore sarees worth about Rs 318 crore to women in the state this year as part of "Bathukamma sarees" initiative, an official release said on Tuesday.

Rama Rao said the state government has distributed four crore sarees by spending Rs 1,033 crore since the Bathukamma distribution programme was launched in 2017.

"This year, the government has spent Rs 317.81 crore on Bathukamma sarees. This year, the Bathukamma sarees distribution will begin on October 9 under the supervision of District Collectors. The sarees will be distributed through local women groups. The sarees have been produced with 287 kinds of designs. A total of 99 lakh sarees will be distributed this time," it said.

Rama Rao said the state government is ensuring that uniforms for students studying in state-run schools and sarees in KCR Kits were given to Telangana weavers.

He further said the Telangana government had been working towards the welfare of the weavers' community and in the past six years had introduced many welfare schemes exclusively for the weavers.