Mahesh Muralidhar Bhagwat is the third IPS officer to get the honour from the US State Department. 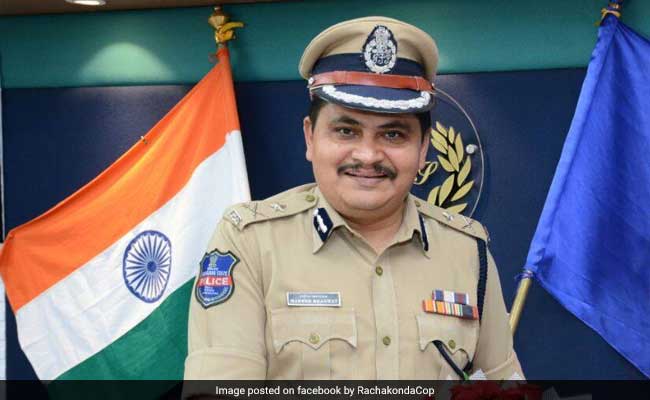 Mahesh Muralidhar Bhagwat is the commissioner of Rachakonda Police in Telangana.

Hyderabad: An IPS officer from Telangana has won an award from the US Department of State for his fight against human trafficking in India. Mahesh Muralidhar Bhagwat, currently Rachakonda Police Commissioner, has been conferred with the 2017 Trafficking in Persons (TIP) Report Heroes Award by the US state department.

Mr Bhagwat is the third IPS officer to get the honour.

At the release of 2017 TIP Report in Washington yesterday, Mr Bhagwat was recognised for his vital role in elevating human trafficking as a government priority, and his innovative approach to investigating cases and dismantling trafficking operations.

According to the report, Mr Bhagwat joins seven other individuals from around the world who were recognised for their tireless efforts despite resistance, opposition, and threats to their lives - to protect victims, punish offenders, and raise awareness of ongoing criminal practices in their countries and abroad.

"I am delighted to hear the announcement and would like to view it as recognition of the work the Telangana government and the police are doing to combat trafficking in persons for sex and labour," he said, reacting to conferment of the award.

"Mahesh Bhagwat has demonstrated remarkable commitment to the fight against organised human trafficking for the last 13 years.

"He has participated in anti-trafficking operations that have removed hundreds of victims from situations of trafficking, and with the help of other government departments and civil society organisations, has ensured their placement in rehabilitation programmes," the report said.

In addition to being a central figure in trafficking deterrence efforts, Mr Bhagwat's dedication to the fight against the menace is further demonstrated by his innovative and effective approach in investigating such cases, it said.

"He has pioneered the use of legal provisions to close sites where trafficking is known to occur. Under his command, the Rachakonda Police Commissionerate closed 25 brothels - five hotels and 20 residential apartments - in less than a year.

Promoted
Listen to the latest songs, only on JioSaavn.com
"The Commissionerate participated in one of the largest crackdowns on labour trafficking in the country, which led to the identification and rescue of more than 350 children forced to work in brick kilns," the report added.

Mr Rachakonda is among the three Police Commissionerates located in Hyderabad.