Telangana Cop Suspended For Getting Massage From Woman Colleague

The ASI was apparently suffering from a backache and had requested the home guard to press his back which she did willingly, (SP) MS Vijay Kumar said 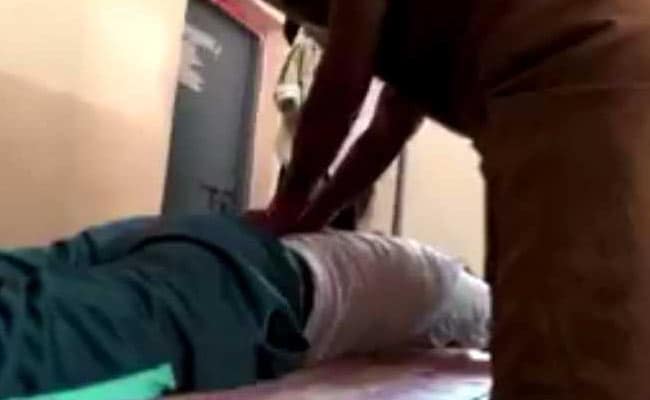 In the video, the cop is seen lying face down while a policewoman, in her uniform, is pressing his back.

In the video, which was also telecast on TV channels yesterday, a police officer is lying face down in his undershirt and pants while a policewoman, in her uniform, is seen pressing his back. The alleged incident occurred a few months ago at the armed reserve headquarters in Jogulamba Gadwal, Superintendent of Police (SP) MS Vijay Kumar yesterday said.

He added that he ordered a probe as soon as the video came to his notice.

The ASI was apparently suffering from a backache and had requested the home guard to press his back which she did willingly, the Mr Kumar claimed.

Promoted
Listen to the latest songs, only on JioSaavn.com
Earlier this month, an inspector in Hyderabad was suspended after a video of him receiving massage from a male home guard at his house went viral.

The officer denied it was him sitting in a chair watching TV as his subordinate, in uniform, massaged his bare back.