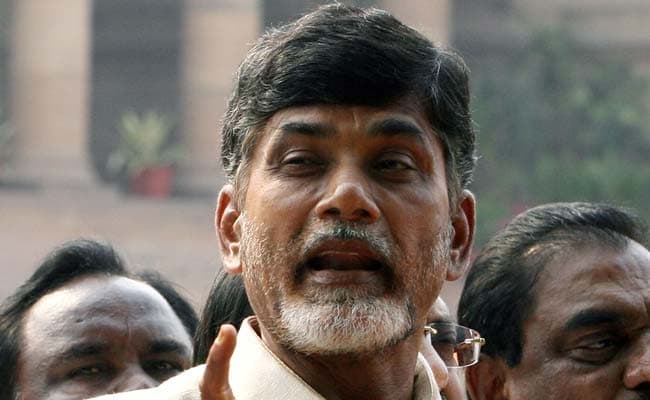 KTR, as the minister is popularly known, was reacting to a report in a Telugu newspaper and a television channel that there are certain tapes which prove that he lured the legislators of Telugu Desam Party (TDP) and other opposition parties to the ruling Telangana Rashtra Samithi (TRS) with money.

He said "Mr Naidu can't escape the law by trying to project the case of his corrupt practices into a friction between two states." On registration of First Information Reports (FIR's) against Telangana chief minister in Andhra Pradesh, KTR said "such cheap tactics would not save Mr Naidu."

The minister alleged that "despite being caught red-handed while offering cash to a nominated legislator in the legislative council elections, TDP leaders were targeting Chandrasekhar Rao under a conspiracy to defame him."

KTR asked why Mr Naidu, who speaks of "value-based politics", did not comment on the arrest of his party' deputy leader in Telangana assembly Revanth Reddy in the alleged cash-for-vote episode.

With regard to the audio tape of Mr Naidu's alleged telephonic conversation with nominated member Elvis Stephenson, KTR said "the law would take its own course."

"Everybody is equal before law whether he is prime minister, chief minister, or a common man."

The minister said that the Telangana government has nothing to do with the audio tape. Instead, he challenged the TDP leaders to prove that Mr Naidu's phone was tapped.

He claimed that the audio tape could be a conversation recorded on the phones of Stephenson and Sebastian Harry, one of the accused arrested in cash-for-vote case.