The move came under criticism from Telangana BJP chief who attacked Chief Minister KCR for allegedly doing away with the Governor's address. 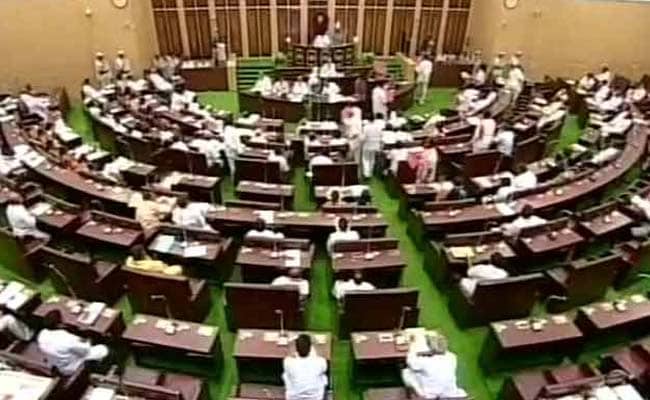 The budget session of Telangana Legislature beginning without the customary Governor's address drew flak from the Opposition BJP and Congress, but experts say there is no violation of rules.

The session begins on March 7 and Finance Minister T Harish Rao would present the budget on the same day, an official press release said earlier this week.

This came under criticism from the State BJP president and MP Bandi Sanjay Kumar who attacked Chief Minister K Chandrasekhar Rao, also known as KCR, for allegedly doing away with the Governor's address.

Referring to KCR's recent comments favouring a new Constitution in the country, Mr Kumar had tweeted: "KCR is already giving a sense of what he wants in a re-written Constitution. No rules, no traditions - only whims. I strongly condemn his decision to do away with Governor's speech..."

BJP MP Dharmapuri Aravind and other party leaders have also criticised the TRS government for not scheduling the address by the Governor Tamilisai Soundararajan.

Taking exception to comments of the BJP leaders, State Legislative Affairs Minister Vemula Prashanth Reddy has said the Governor's address is not taking place as the budget session is a continuation of the previous session which has not been prorogued.

Citing Constitutional provisions, he said the Governor is supposed to address the Legislature when a new session takes place in a calendar year.

There have been instances in the past when the Governor's address did not feature in the session.

"It is incorrect if the Governor is invited for a session which has not been prorogued," Mr Reddy said.

Meanwhile, Congress MLC T Jeevan Reddy asked as to why the last session that ended in October, 2021 was not prorogued.

Nowhere it is mentioned that Governor's address is not required because the House was not prorogued, he said.

The Governor's address, at the beginning of the financial year, conveys the programmes to be taken up by the government, the Congress leader said.

Talking to PTI on Saturday, journalism professor and former MLC K Nageshwar said the Constitution does not mention that the budget session should commence with the Governor's address.

Mr Nageshwar, who cited Article 176(1), said the Constitutional mandate is that the first session in a year should begin with the Governor's address.

But, the last session was not prorogued. The Assembly is meeting for the second time of the last session itself. As it is not a new session, the Governor's address is not mandatory, he said.

Though the KCR government is technically right, the move is loaded with political intent, he said.

KCR was upset with the Governor's refusal to accept the Cabinet recommendation to nominate Kaushik Reddy as MLC in the run-up to the Huzurabad by-poll last year, Mr Nageshwar said.

That the earlier session should have been prorogued and a fresh session convened with Governor's address would have been ideal, he said.

Professor of law and former Central Information Commissioner Madabhushi Sridhar Acharyulu said though the government is technically correct in not having Governor's address since the last session was not prorogued, it is better if the State government and the institution of Governorship are on the same page.

3 Found Dead In Coal Mine Mishap In Telangana's Singareni Collieries