Rs 93.5 lakh in cash and 400 grams gold were found at the home in Hyderabad of V Lavanya, a revenue officer at Ranga Reddy district of Telangana

Two years ago, Telangana officer V Lavanya was named the state's "best tehsildar". On Thursday, news of cash and gold worth over a crore being hauled out of her home in raids shocked many.

Rs 93.5 lakh in cash and 400 grams gold were found by Telangana's anti-corruption bureau from the home in Hyderabad of Ms Lavanya, a revenue officer at Ranga Reddy district of Telangana.

The raids were ordered after another officer, Antaiah, a Village Revenue Officer said to be Ms Lavanya's junior, was caught taking Rs 4 lakh as bribe from a farmer Bhaskar for correcting land records.

The farmer was allegedly told to pay Rs 8 lakh; Rs 5 lakh was allegedly for Lavanya and Rs 3 lakh for the junior revenue officer. Bhaskar had earlier paid Antaiah Rs 30,000 for his passbook. When he was asked to cough up Rs 8 lakh more for making online corrections, he went to the anti-corruption bureau.

As soon as Antaiah took the Rs 4 lakh - the transaction arranged and secretly watched by the bureau - he reportedly informed his superior, after which the anti-corruption bureau questioned Lavanya and detained her. 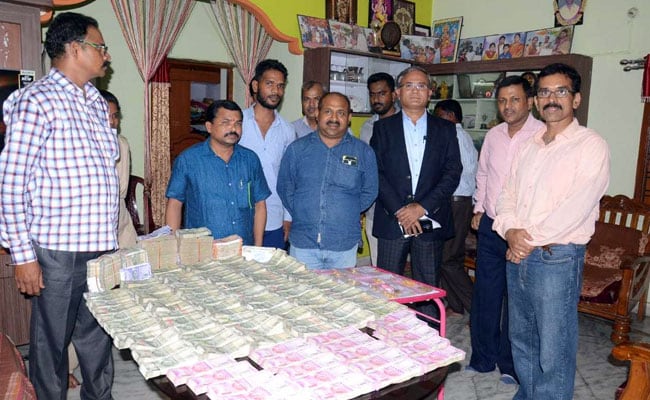 Rs 93.5 lakh in cash was recovered from the home of a revenue officer in Telangana.

When she insisted that she had nothing to do with the bribe, a team raided her home. Lavanya has been arrested on charges of wealth disproportionate to her known sources of income and sent to jail. Investigators also found nine pattadar passbooks in her private car and documents linked to some 45 private properties. It is suspected that she may have been holding farmers' land record passbooks and demanding a bribe to return them.

As she stares at corruption charges and a steep fall from grace, a video of Lavanya has gone viral. It shows a farmer falling at her feet and pleading with her.

The farmer seen in the video is said to be Narsulu, who was also reportedly pleading for his land records to be corrected. The video was possibly shot with the intent of exposing the ignominy and troubles faced by farmers. 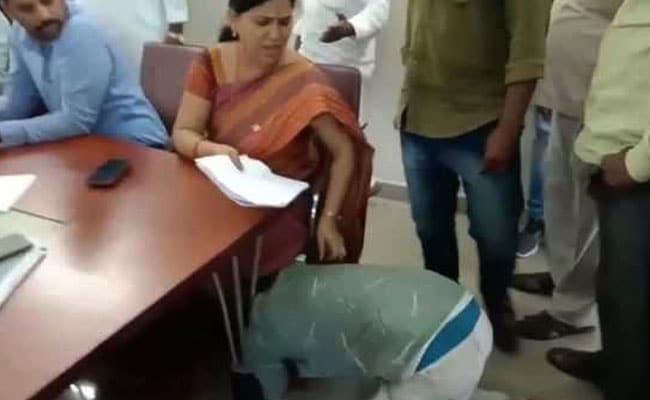 A video has gone viral, showing a farmer falling at the feet of the revenue officer

Lavanya's husband is said to be a superintendent with the Greater Hyderabad Municipal Corporation.