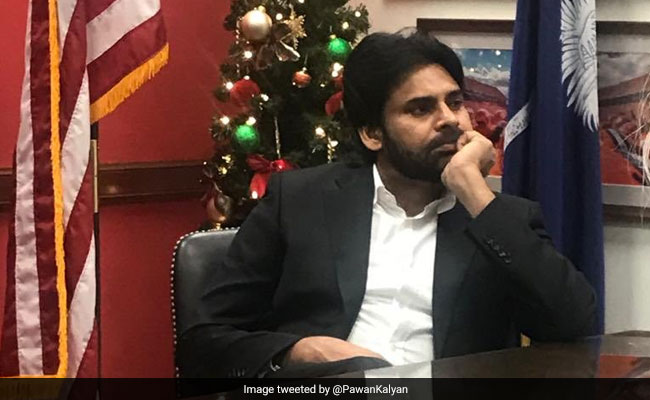 Pawan Kalyan has been highlighting the disastrous impact uranium mining.

Suspension of as many as 400 Twitter accounts of the Jana Sena Party (JSP) supporters has evoked protest from JSP chief and popular actor Pawan Kalyan, in Hyderabad on Wednesday.

The actor-politician wondered if the accounts were suspended for standing by helpless people and their issues. "I don't understand the reason for suspending 400 Twitter accounts of JSP supporters," tweeted Pawan Kalyan with hashtag BringBackJSPSocialMedia.

Referring to Pawan Kalyan's remark, a Twitter spokesperson in statement shared with IANS said, "Serving the public conversation is our singular mission as a company. Platform manipulation, including spam and other attempts to undermine the integrity of our service, is a clear violation of the Twitter Rules."

However, JSP leaders suspect the support for the save Nallamalla forests campaign could have led to suspension of accounts. The JSP has opposed the reported move to mine uranium in the forests, spread over Telangana and Andhra Pradesh.

Attending the all-party meeting in Hyderabad on Monday to oppose uranium mining, Pawan Kalyan had said if necessary he would be ready do a 'padyatra' over the issue.

In a series of tweets during last few days, Pawan Kalyan has been highlighting the disastrous impact uranium mining will have on the forests, wildlife, forest dwellers and surrounding habitations.

Several JSP supporters and Pawan Kalyan fans on social media condemned suspension of Twitter handles and demanded that they be restored immediately.

Among other things, Twitter Rules stated that one "may not use Twitter's services in a manner intended to artificially amplify or suppress information or engage in behaviour that manipulates or disrupts people's experience on Twitter."