Rahul Gandhi said the question of Chief Ministership in the event of the alliance coming to power was premature and the task now was to win the December 7 elections. 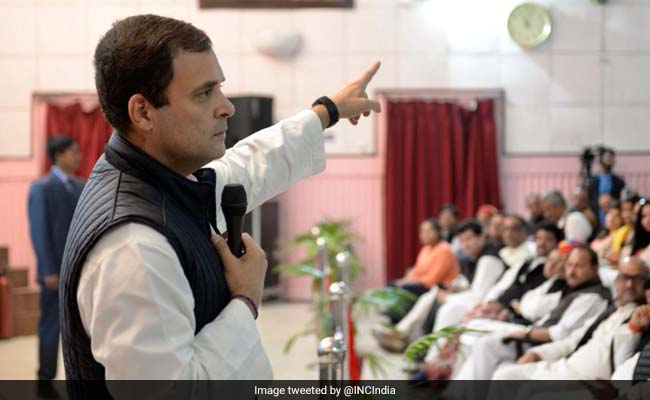 Addressing a press conference, Mr Gandhi said the question of Chief Ministership in the event of the alliance coming to power was premature and the task now was to win the December 7 elections.

"This is frankly premature to decide who the CM candidate is going to be. Our first goal is to remove Mr KCR (as caretaker Chief Minister Rao is referred to by many) and TRS, who have damaged the dream of Telangana. We are together committed to that goal".

On how many seats the Congress-led alliance "Prajakutami" (People's Alliance) would win, he said he would not get into it, but was pretty confident they would win the polls. Most opinion polls too had stated this, he said. He charged KCR with using abusive language during campaigning and said it showed signs of his nervousness and insecurity.

"Also if you listen to the Chief Minister's body language...and the type of comments he is making in some of his speeches...I think yesterday he was quite abusive...he abused a couple of people. Earlier in his speech also he was abusive...these are all signs of nervousness and insecurity developing. I think he said he is going to take rest...these are all signs of reality coming to him", Mr Gandhi said.