Chief Minister K Chandrasekhar Rao aka KCR moved into his palatial new home early this morning, just months after it was commissioned, amid the chanting of Vedic hymns by priests.

The complex, "Pragathi Bhavan", covers nine acres area in Begumpet in the heart of Hyderabad and has a theatre that can accommodate 250 people and double up as an auditorium, homes for some senior government officials, a massive conference hall, and a mini-secretariat which will include some government offices and windows fitted with bullet-proof glass.

The complex has been built by the Shapoorji Pallonji, the real estate major that's owned by the family of Cyrus Mistry, currently locked in an epic feud with Ratan Tata. 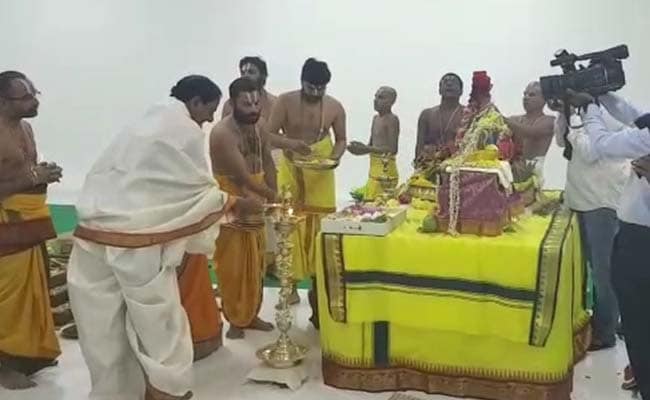 The house was originally meant to cost 35 crores, but the final bill reportedly stands close to 50 crores.

So far, KCR, 62, has been living right behind the new building, in a much smaller home.

Every aspect of the new house has been determined by experts in Vaastu or feng shui. A firm believer in "Vaastu", the ancient system of architecture, KCR decided to build the new complex because the existing headquarters for the government and his home were reportedly poor on Vaastu. 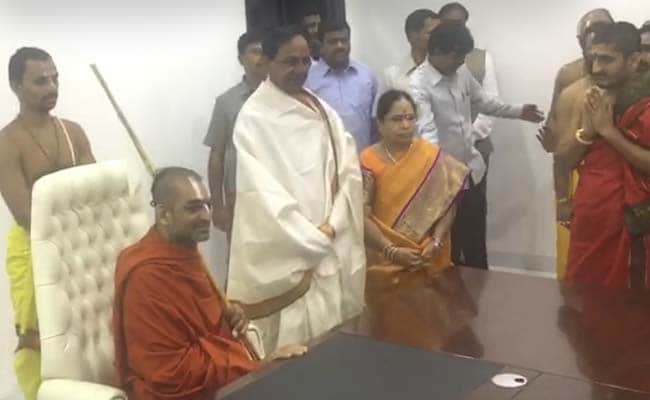 A new government secretariat or office complex is to be built as well. Its construction is currently on hold.

KCR's family owns another house in the city, one in their hometown and also a farmhouse nearly 60 km from Hyderabad.

The opposition has hit out at KCR, accusing him of drawing from taxpayers' money for a lavish home while people are suffering because of a cash crunch after the notes ban. The chief minister has not responded till now.

One of the videos released by Mr Rao's office also showed that a seer sat on the chief minister's chair before him in his office-cum-residence in the new house.