The next Assembly elections in Tamil Nadu would be a game-changer, Vishal said. 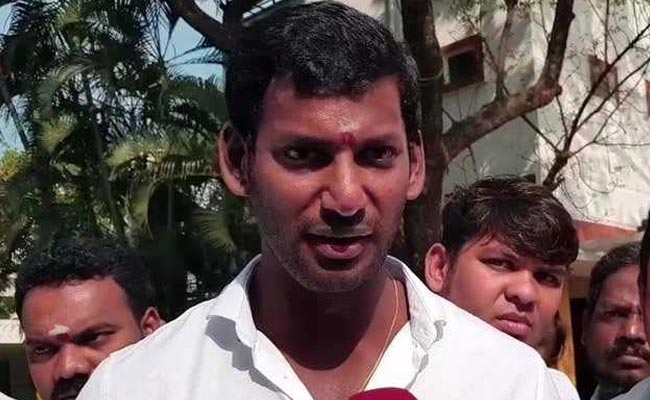 Hyderabad: Tamil actor Vishal, who was in news recently when his nomination for the bypoll to RK Nagar Assembly constituency was rejected, said "the situation" made him decide on entering politics.

"I go back home and then I get it on the news saying my nomination is rejected. Fair enough. Actually, the territory and that situation made me decide on politics. Yes, I am going to come into politics. Thanks to them," he said, speaking at the India Today South Conclave in Hyderabad.

The next Assembly elections in Tamil Nadu would be a game-changer, Vishal said.

"Today, I would say that yes, the next election in Tamil Nadu is going to be a game-changer. I am not talking as a politician here. I am talking as a representative of the people. I have seen things happen for the few years. I have been seeing people wanting a change," he said.

Asked who would make a successful leader among the stars including Rajinikanth and Kamal Hassan who have planned to enter politics, he said their agendas have not been announced yet.

Asked if it would be a mistake if Rajinikanth allied with right-wing parties, Vishal said it is up to him to decide.

"It (Rajinikanth's announcement about political entry) is the first step. There are still more to come from him. Waiting for him to speak more," he said.

To a query, he said "it is the fascination to do good to people" that motivated Tamil film stars to become political leaders.
Comments
vishal actorTamil politics