For providing security for temples, 10,000 personnel would be appointed and trained, Hindu Religious and Charitable Endowments Minister said 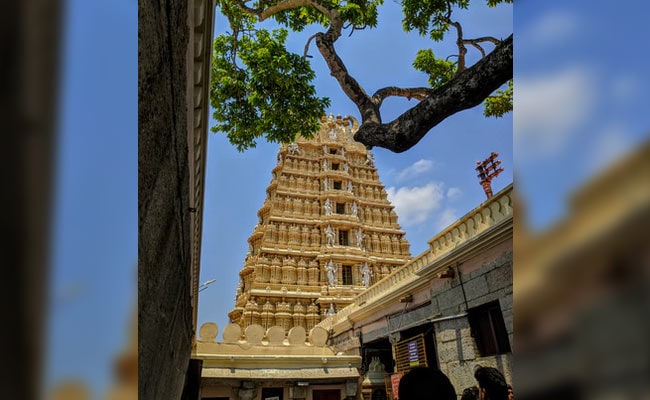 A monthly incentive of Rs 1,000 would be provided to priests serving in 12,959 temples (Representational)

As many as 10,000 personnel would be recruited to provide security for temples and donations of gold, barring those needed for worship, shall be deposited in banks and the interest earned utilised for development initiatives of shrines, Hindu Religious and Charitable Endowments Minister PK Sekar Babu announced on Saturday in the Assembly.

A monthly incentive of Rs 1,000 would be provided to priests serving in 12,959 temples covered under a scheme that ensures pooja for a single time in a day and an allocation of Rs 13 crore shall be made, he said.

For providing security for temples, 10,000 personnel would be appointed and trained, he said, announcing fresh initiatives of his department for 2021-22.

This announcement on personnel for security purposes comes against the backdrop of ancient idols and precious items owned by temples getting stolen in the past. Several idols smuggled out of the country from various shrines have been brought back in recent years.

The Minister said except forms of gold that are needed by temples -for purposes like worship- all other types of gold received as donation over the past 10 years would be melted in the Mumbai based Central government Mint.

The melted gold in the form of bars shall be deposited in banks and the interest earned would be used for "Tiruppani" (development initiatives) purposes.

Such initiatives would be carried out through committees headed by retired judges and three zones shall be created for supervision, he said.

Sekar Babu also announced setting up of arts and science colleges in 10 locations, at an estimated cost of Rs 150 crore.

A slew of other initiatives he outlined included clothes for priests and uniform for other personnel at a cost of Rs 10 crore ahead of the harvest festival of "Pongal."