Kanal Kannan, secretary of Munnani's art and culture wing was arrested from neighbouring Puducherry and brought to Chennai. 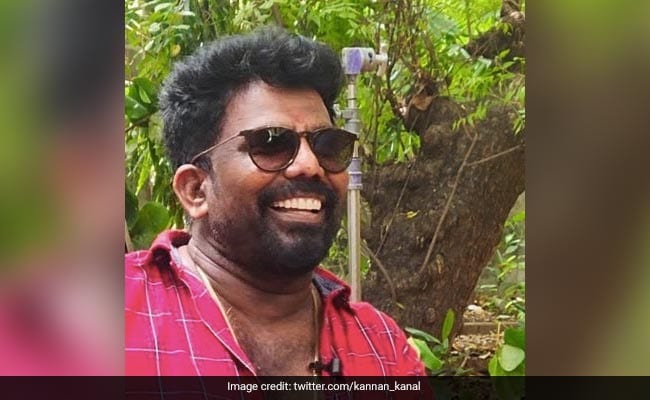 A stunt choreographer, Kanal Kannan, is a popular personality in the world of Tamil cinema.

Kanal Kannan, a Hindu Munnani functionary, was arrested on Monday for his recent remark against rationalist leader Periyar EV Ramasamy, following a complaint from a Dravidian outfit, police said.

Hindu Munnani, a frontal organisation of the RSS in Tamil Nadu has called his arrest murder of democracy on Independence Day. On its Twitter handle, the outfit has announced a protest demonstration against Kanal Kannan's arrest on August 16.

Kanal Kannan, secretary of Munnani's art and culture wing was arrested from neighbouring Puducherry and brought to Chennai. He was produced before a magistrate who sent him to judicial custody till August 26, a police officer said. A stunt choreographer, Kanal Kannan, is a popular personality in the world of Tamil cinema.

A case under sections including those related to promoting enmity and hatred between sections of people was filed against him, the police officer said.

At a public meeting held by the Hindu Munnani recently, Kanal Kannal allegedly made objectionable remarks.

Pointing to a statue in front of the Srirangam Lord Ranganatha Swamy temple, he had said that the day of 'demolition of that statue which said that there is no God', would be the day of Hindu awakening.

The statue in reference is that of Periyar Ramasamy. Clipping of his remarks about him went viral on social media and a functionary of Thanthai Periyar Dravidar Kazhagam filed a complaint urging action against Kannan.

Cybercrime police registered a case and following inquiries he was arrested. Kanal Kannan's plea seeking anticipatory bail was dismissed by a court in Chennai.