The statue at Salavakkam in the district was found damaged this morning causing a flutter in the locality. 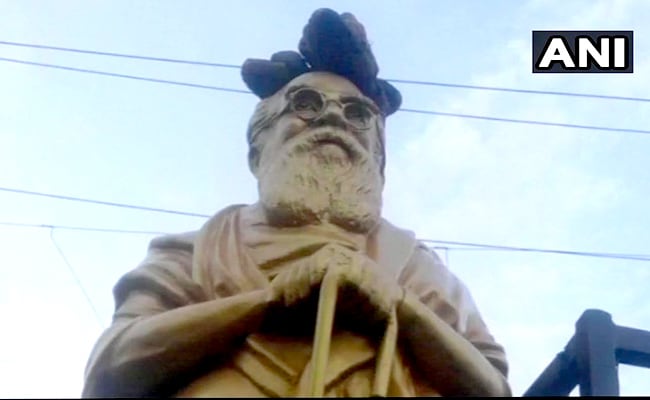 The statue at Salavakkam in the district was found damaged this morning causing a flutter in the locality.

The incident comes in the backdrop of a renewed debate on Periyar in Tamil Nadu, after superstar Rajinikanth had made some remarks about the Dravidian stalwart at an event here last week.

On January 14, taking part at the event held by Tamil magazine ''Thuglak'', Rajinikanth had alleged: "In 1971, at Salem, Periyar took out an anti superstition rally in which the nude  images of Lord Sriramachandramoorthy and Sita -with a garland of sandal-featured...." drawing the ire of pro-Periyar outfits and political parties.

DMK president MK Stalin and PMK founder S Ramadoss lashed out at the vandalism incident and demanded strict action against those involved.

Meanwhile, the Madras High Court on Friday dismissed a petition filed against Rajinikanth over his remarks.

Justice P Rajamanickam was hearing a petition by the secretary of Dravidar Viduthalai Kazhagam, a fringe outfit, seeking direction to the police to file a case against the actor.

State Public Prosecutor A Natarajan submitted the petitioner had approached the court without seeking the alternative remedy available to them.

Referring to a High Court judgment which clearly mentioned the procedures to be adopted for approaching the court, he said the petitioner had filed the complaint only on January 18 and without even waiting for the outcome directly approached (the court) for a direction to the police to register a FIR.