The doctors were on strike for seven days pressing various demands. And, the members of the FOGDA also went on strike in support of the doctors. 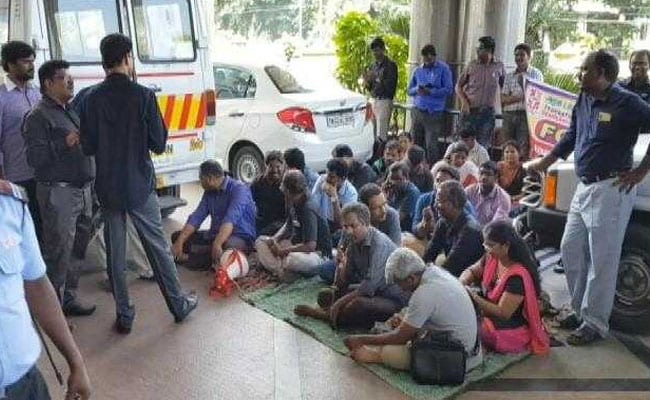 The doctors were on strike for seven days pressing various demands.

The Federation of Government Doctors Association (FOGDA) on Friday called off their strike temporarily following a stern warning by the government.

On Thursday Chief Minister K. Palaniswami said the government would declare the striking doctors' posts as vacant and fill them up with other candidates.

The government had held talks with members of the recognised doctor's union and those on strike belonged to an unrecognised union, he added.

Health Minister C. Vijaya Baskar warned the doctors that they must end their protest and resume work on Friday. "If they failed to resume duties, their posts would be declared vacant", he added.

According an office bearer of FOGDA, the strike is being called off after Chief Minister said the "poor patients are looking up to them as their God" and Health Minister had requested the doctors to join back their duty.

The doctors were on strike for seven days pressing various demands. And, the members of the FOGDA also went on strike in support of the doctors.

Besides pay parity with their counterparts in the Central government, the doctors are also demanding implementation of the time-bound promotion process, and end of the policy to gradually reduce number of doctors in hospitals.