Endorsing the position taken by the TNPCB, the Tamil Nadu government defended the decision to permanently close the Thoothukudi Copper Smelting Plant. 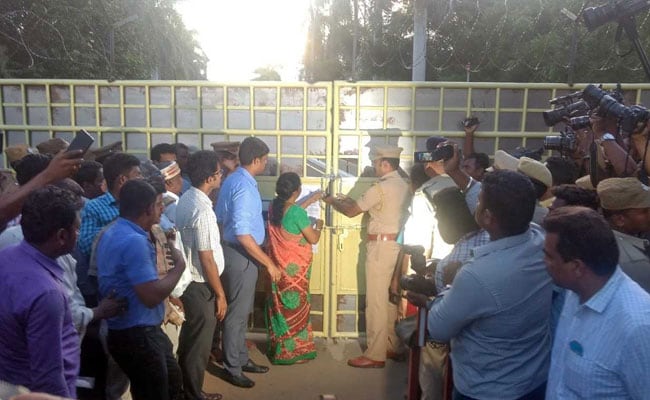 "The order to shut down the copper smelting plant was perfectly justified": Senior counsel

The Tamil Nadu Pollution Control Board (TNPCB) on Wednesday told the Supreme Court that Vedanta's Sterlite copper smelting plant in Thoothukudi can't be allowed to operate as it was involved in a series of violations resulting in an alarming level of groundwater pollution.

"This is certainly not an industry that can be allowed to operate," senior counsel CS Vaidyanathan told a bench of Justice Rohinton Fali Nariman and Justice Navin Sinha, counting the number of violations of water and air law resulting in acute environmental degradation.

Flagging the breach of several statutory provisions in the operations of the copper smelting plant, he pointed to a book recording violations of laws by the Vedanta throughout the world wherever its industries were located.

Mr Vaidyanathan appeared for the TNPCB, whose May 28, 2018 order shutting down the plant was set aside by the NGT on December 15. The court is hearing the TNPCB's challenge to the NGT order.

Endorsing the position taken by the TNPCB, the Tamil Nadu government defended the decision to permanently close the Thoothukudi Copper Smelting Plant.

Defending the May 2018 order putting the plant under lock, senior counsel KV Vishwanathan said that the decision was based on sound reasons.

"The order to shut down the copper smelting plant was perfectly justified and was in line with the law of the land laid down by the Supreme Court," Mr Vishwanathan, appearing for the Tamil Nadu government, told the court.

In fact, under the doctrine of public trust, as laid down by the top court in several cases, Mr Vishwanathan said the government had a duty to step in wherever there was environmental degradation due to pollution.

He contended that the green tribunal did not consider the matter in proper perspective.

There are several errors in the NGT order asking the TNPCB to give an order of consent for the reopening of the plant.

The NGT had on December 15 directed the TNPCB to pass a fresh order allowing renewal of consent for the plant within three weeks.