Cyclone Gaja crossed the Tamil Nadu coast between Nagapattinam and Vedaranyam on November 16, and left a trail of destruction, besides claiming 63 lives. 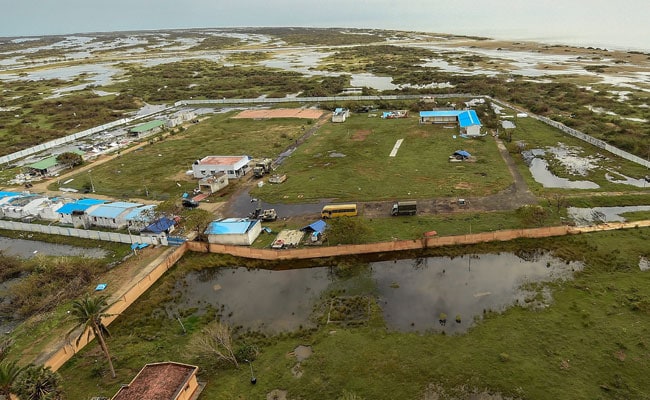 An aerial view shows the damage caused by cyclone Gaja, at Kodiakkarai in Nagapattinam district

Mr Haasan wrote to the chief minister, saying Cyclone Gaja has caused "widespread damage and destruction to life and property" in the Cauvery delta and coastal districts of Tamil Nadu.

He said his party, Makkal Needhi Maiam (MNM), has urged the Kerala government and its people to come forward and assist in a way they deem fit to help Tamil Nadu "stand up on its feet again."

"Damage to crops, standing trees and boats is so extensive that the very source of life of our farmers and fishermen has been uprooted," the actor said in a letter to chief minister Vijayan.

"We urge you to rise above politics and other affiliations to demonstrate a true spirit of human kindness. Being humane is the fulcrum of humanity," the MNM chief said.

He said that "human benevolence shines brighter" during such times, adding that the damage caused by the cyclone will take years to overcome.

"However, we can begin now and start the process to rehabilitate and restore a sense of normalcy to our fellow brethren," Mr Haasan, known to share a good rapport with Vijayan, said in the letter.

Cyclone Gaja crossed the Tamil Nadu coast between Nagapattinam and Vedaranyam on November 16, and left a trail of destruction, besides claiming 63 lives.