The matter relates to the press meet the MPs held on May 13 after meeting the state Chief Secretary with other party members on the COVID-19 situation in Tamil Nadu, where they allegedly made some derogatory remarks against the Scheduled Caste community. 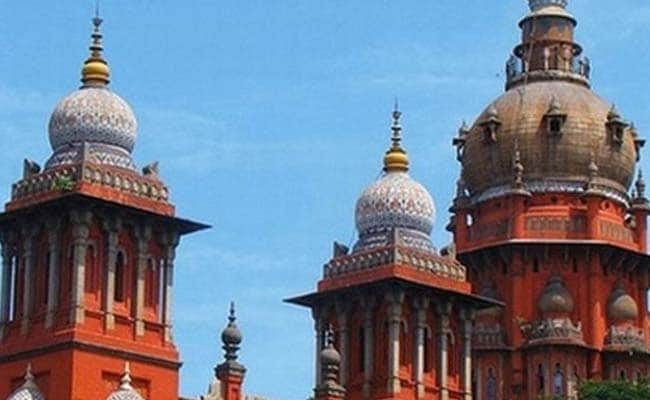 The Madras High Court on Saturday restrained police from taking any "coercive steps" till May 29 against DMK MPs TR Baalu and Dayanithi Maran for allegedly making derogatory remarks against SC community members.

The matter relates to the press meet the MPs held on May 13 after meeting the state Chief Secretary with other party members on the prevailing COVID-19 situation in Tamil Nadu, where they allegedly made some derogatory remarks against the Scheduled Caste community.

Following this, an FIR was filed against them by police under relevant sections of the Scheduled caste Schedule Tribe (Prevention of Attrocities) Act, 1989.

After the arrest of DMK's Rajya Sabha MP RS Bharathi today morning for alleged disparaging remarks against the community, the MPs, apprehending arrest, moved the quash and Anticipatory bail petitions before the High Court.

The 73-year-old DMK Organisation Secretary was later granted interim bail till June 1 by a city court after it was informed that the Madras High Court was already seized of a surrender application filed by him, which is coming up for hearing on Wednesday.

Earlier, Bharathi alleged that he was being targeted for trying to expose instances of corruption in the AIADMK-led government.

Counsels submitted that the FIRs were registered out of political malice and vendetta.

They further stated the MPs had informed the Chief Secretary that they have proof and complaints were received from underprivileged groups of not receiving the food, ration and relief materials during the coronavirus pandemic.

They gave a written representation to the Chief Secretary and sought immediate action.

Counsels alleged that the Chief Secretary did not pay any attention to their complaing or treat them properly.

Hence the MPs submitted a privilege motion against the Chief Secretary in Lok Sabha and the present FIRs are the off shoot of this, the counsels argued.

The complainant is a fringe right wing group, which clearly shows that it is politically motivated they said and sought to quash the same.

Public Prosecutor A Natarajan submitted that the petitioners have insulted the members of the SC/ST community and the State has to investigate the matter.

The judge, after hearing the arguments, directed that status quo be maintained and for police not to take any coercive steps against the petitioners till May 29 and issued notice to the Public Prosecutor.