Three railway overbridges and seven river bridges were inaugurated by Chief Minister K Palaniswami through video conferencing from the Secretariat. 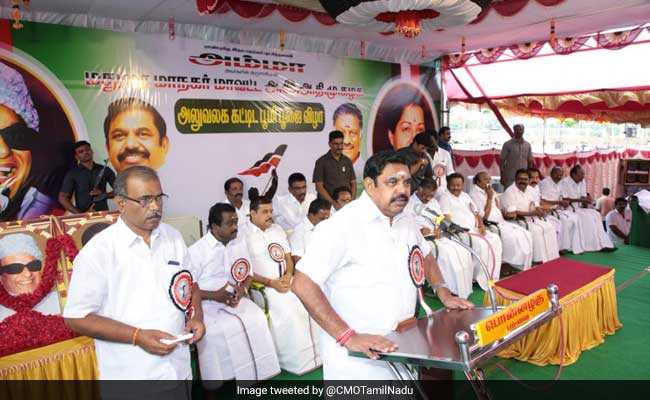 A two-way rail overbridge at Pothanur, was one of the projects launched by the Chief Minister. (File)

As many as ten bridges in districts including Coimbatore, Cuddalore and Tiruchirappali built at a cost of Rs 160.34 crore and new projects worth Rs 103.4 crore under the municipal administration department were today inaugurated by Chief Minister E Palaniswami.

The facilities, inaugurated through video conferencing from the Secretariat in Chennai by Palaniswami include three railway overbridges and seven river bridges.

A two-way rail overbridge at Pothanur in Coimbatore district, which was among the facilities launched was built at a cost of Rs 22.60 crore and it will ease flow of vehicular traffic in the North Coimbatore-Pothanur-Chettipalayam road, an official release in Chennai said.

In Cuddalore district, a bridge across river Vellaru near Bhuvanagiri and another across river Kollidam between two villages built at a cost of Rs 22.57 crore and Rs 7.32 crore respectively were inaugurated.

Other bridges including railway overbridges were inaugurated in districts including Tiruchirappalli, Dharmapuri, Tirupur and Tuticorin.