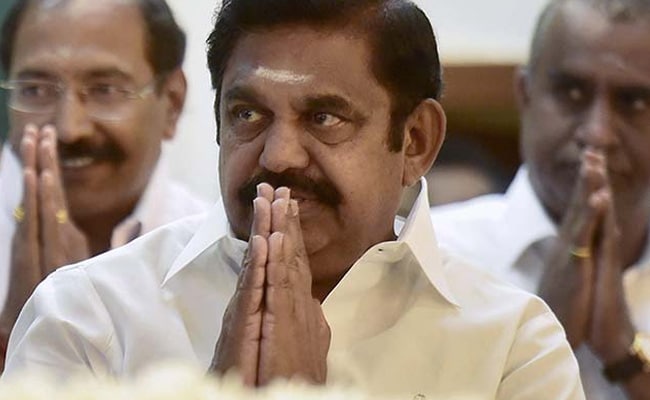 Thiruvallur: Tamil Nadu Chief Minister E Palaniswami on Sunday said J Jayalalithaa had not named anyone as her political successor and that anyone in the party could aspire to reach great heights with hard work. Without naming anyone, he said some people have been trying to "topple" his government, but they will fail.

Mr Palaniswami's comments at a government event in Thiruvallur come amidst a tussle with sidelined AIADMK (Amma) leader TTV Dhinakaran. Legislators who support Mr Dhinakaran have sought the chief minister's resignation, saying they have lost confidence in him.

Nineteen legislators and the opposition have asked Tamil Nadu Governor CH Vidyasagar Rao to tell Mr Palaniswami to go for a floor test.

Leaders of the DMK, Congress and Left parties even met with President Ram Nath Kovind in Delhi last week with the same request.

Promoted
Listen to the latest songs, only on JioSaavn.com
On Sunday, Mr Palaniswami said it was Ms Jayalalithaa's policy of equality that despite being a farmer's son, he could take charge of Tamil Nadu. He said the late chief minister had not nominated anyone as her successor, adding she proved that even a party worker from the lowest ranks could become the chief minister.

"Some are trying to topple this government which follows the path shown by Amma. They are thinking of pulling it down by any means. But as long as true party supporters are with us, nobody can do that," Mr Palaniswami said.

Weddings On Roads Outside Temple During Tamil Nadu's Covid Shutdown