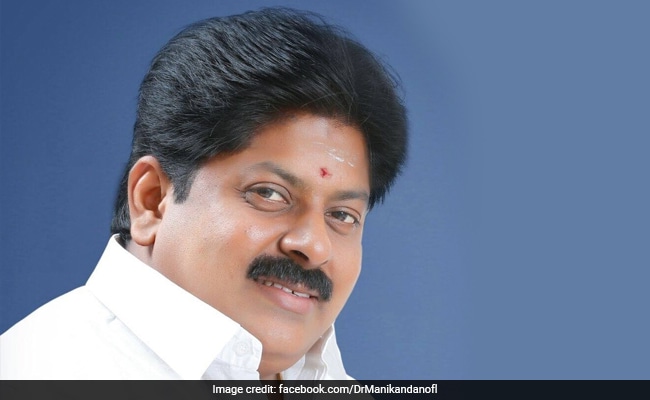 The Madras High Court on Wednesday rejected a plea from the counsel for former AIADMK minister M Manikandan, who was apprehending arrest following registration of a sexual harassment complaint from a Malaysia-based woman, to extend the operation of a direction of another judge directing the police to not arrest him till June 9.

While entertaining the criminal original petition from Manikandan, seeking anticipatory bail and ordering notice to the parties, Justice R Subramanian on June 2 had adjourned the matter till June 9. Till then the petitioner should not be arrested, the judge had said.

When the advance bail application from Manikandan came up before Justice Abdul Quddhose today, the judge reserved his orders after listening to the extensive arguments of the respective counsel for Manikandan, the 32-year old woman complainant and the police department, with a direction to the parties to file their arguments in written form.

As the judge did not mention the date of delivery of judgment and anything about the extension of the earlier order not to arrest Manikandan, his counsel specifically prayed for a direction from him to instruct the All Women police in Adyar not to arrest him till then.

The judge, however, did not heed to the request.

Earlier, opposing grant of any relief to Manikandan, the counsel representing the police told the judge that the investigation was at the preliminary stage and that his arrest and interrogation in police custody was necessary.

If let out, the former minister, a powerful person, is likely to tamper with the witnesses, he added.