'Ardent Fan, But He Will Have To Win My Vote': Birthday Message For Rajinikanth

Despite celebrations organised by fans across Tamil Nadu, Rajinikanth did not make a public appearance as he turned 67. 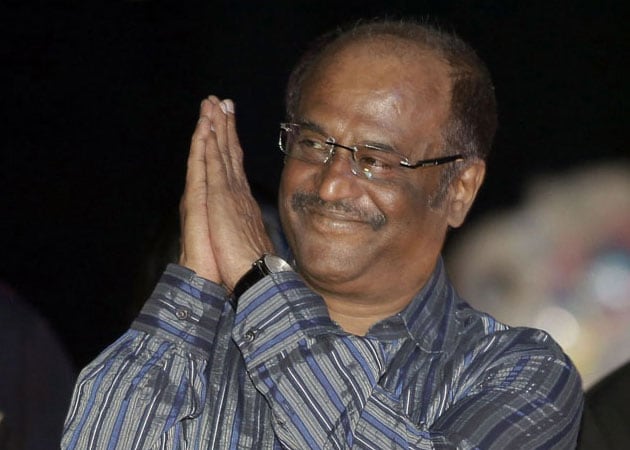 Chennai: Shiva Prasad, 28, young techie and ardent Raijini fan, took time off from work on Tuesday to attend special prayers at the Raghavendra Mutt temple in Chennai on superstar Rajinikanth's birthday. The actor is his "inspiration," said the young man, but was clear that if he turns politician, he will have to win his vote.

"He's my inspiration. He gave me the confidence that even though we are dark complexioned, we are good looking, there's nothing to be shy about. If his policies are good I will support him. If not I will vote for others," Shiva said, holding a photo of the star.

Despite celebrations organised by fans across Tamil Nadu, Rajinikanth did not make a public appearance as he turned 67. His Public Relations team said the actor possibly did not want to celebrate because about 400 fishermen are missing in Kaniyakumari after cyclone Ockhi. 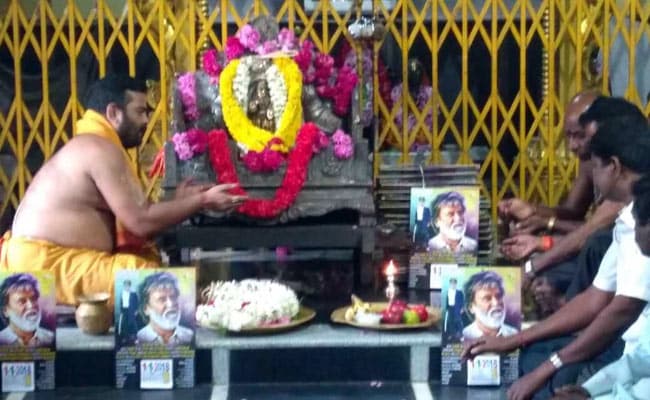 Fans across Tamil Nadu celebrated as Rajinikanth turned 67 on Tuesday

"My heartfelt thanks to all who greeted me through newspapers, posters, on social media, on phone and personally," Rajinikanth said in a statement this morning.

While fans like Padmanabhan Sankaran prayed that Rajinikanth's next two films "2.0" and "Kaala" "will both turn blockbusters like Padayappa and Baasha," the buzz continues to be about whether and when he will take the plunge into politics. Of the scores of people who turned up for the prayers at the Raghavendra Mutt, most said they want him enter politics.

The superstar, who is seen to have had political ambitions over a long time, is due to hold a second round of photo sessions and meetings with his fans. In May this year, after one such round - his first in eight years - he hinted at a politic debut, saying, "I will call you when there is a war". 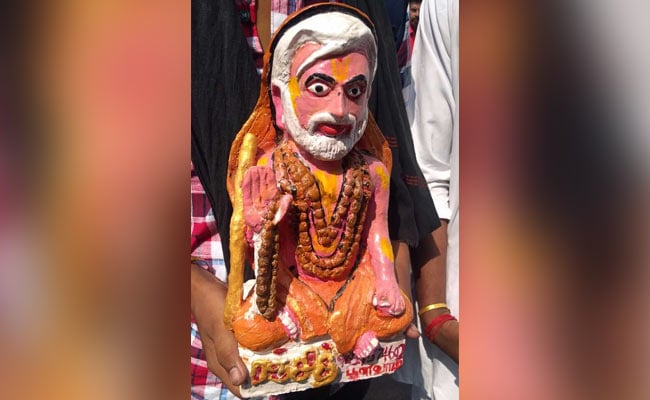 Many fans prayed for success of Rajinikanth's next two films "2.0" and "Kaala"

Balachandran, a retired communications professional, had a word of caution. Politics, he said, "is a dirty place, is worse. Rajinikanth should not soil himself. He does lots of good things spending money from his pocket. He should continue doing that instead of a political plunge".

Would the other Tamil superstar Kamal Haasan's unexpected announcement of an entry into politics this year make Rajinikanth re-think his political aspirations? Most of his fans said there is lace for both.

Promoted
Listen to the latest songs, only on JioSaavn.com
G Kannan who calls himself a die-hard fan of Rajinikanth said, "If both enter politics it would make Tamil Nadu politics that much more exciting and healthier as the race would be between two hugely popular and extremely good people only".

Most fans said Rajini's lack of political experience will not be a problem. "Late M G Ramachandran and NT Rama Rao never had any experience. But they proved to be great leaders. Rajinikanth has 95% success rate in films. If he decides to enter I'm confident he's do very well," said Mr Padmanabhan.