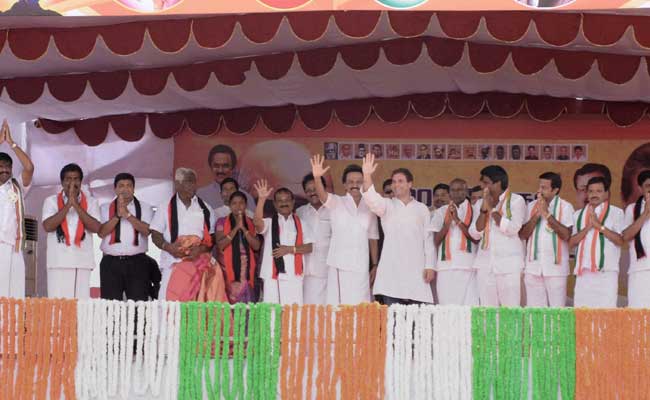 Coimbatore: The members of Thanthai Periyar Dravidar Kazhakam (TPDK) were arrested in Coimbatore today when they staged a black flag demonstration against Congress leader Rahul Gandhi over Sri Lankan Tamils' issue, hours before his visit to the city for addressing an election rally.

A total of 91 TPDK workers, including 15 women, assembled near the city bus stand and protested against the "failure" of the previous Congress-led UPA government to safeguard the Sri Lankan Tamils during the war against Liberation Tigers of Tamil Eelam (LTTE) in 2009, police said.

The party vice president is scheduled to address an election rally in Coimbatore along with DMK lawmaker Kanimozhi later this evening.

Led by TPDK general secretary, K Ramakrishnan, the activists raised slogans against Congress, accusing it of having remained "a mute spectator", when thousands of Tamils were killed in the guise of eliminating the LTTE.

VK Sasikala To Be Freed From Bengaluru Jail On Jan 27, Says Lawyer