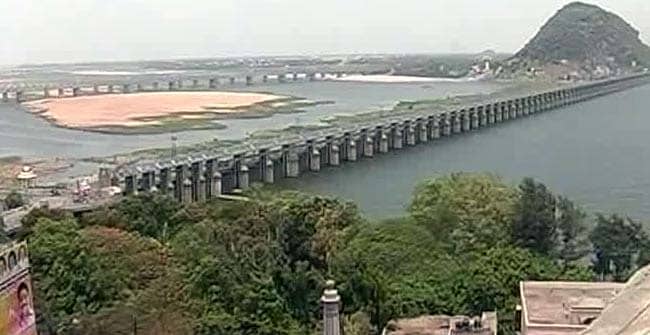 Hyderabad: Andhra Pradesh's new capital will be located in the fertile and largely agricultural region of Vijayawada, Chief Minister Chandrababu Naidu has announced, describing the decision as "a reflection of popular sentiment."

Opposition parties welcomed the announcement but said the decision on the new capital must be debated in the state assembly and voted upon.

Vijayawada, in Coastal Andhra Pradesh, houses the powerful and affluent Kamma community, an important support base for Mr Naidu. Leaders from the far poorer region of Rayalaseema say that basing the new capital here would impel much-needed development.
In June, Andhra Pradesh was bifurcated to create India's youngest state, Telangana. For 10 years, Andhra Pradesh has been given the right to share the prosperous IT hub of Hyderabad as its capital with Telangana.  But after that, the city, developed as a Silicon Valley of sorts by Mr Naidu nearly a decade ago when he was last in power, will belong to Telangana

Mr Naidu has pledged to do even better this time around, promising a metropolis that will rival Singapore. A central committee  tasked to identify a suitable capital in the state has reportedly advised against the Vijayawada region -the panel says there simply isn't enough land there to host a capital; it has also stressed that acquiring farms here will be costly and laborious for the government.

But in anticipation of being deemed capital turf, land prices in and around Vijayawada have zipped up. (Redrawing a State in India Drives Land Prices to the Sky)

Promoted
Listen to the latest songs, only on JioSaavn.com
Jagan Mohan Reddy, the chief of the opposition YSR Congress, which claims Rayalaseema as its strong-hold, objected to the manner in which the decision was taken.

"In the larger interest of the state, my party welcomes the decision and is "ready to give constructive suggestions," Mr Reddy said.