In Kerala, another shocking case of father raping daughters 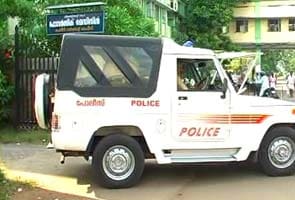 Kottayam: Another case of a father raping his minor daughters has been reported from Kerala. The 30-year-old man has been arrested and sent to judicial remand for sexually assaulting his two daughters in their home in the state's Kottayam district.

This is the second such incident in the last few days being reported from Kerala. In the earlier case, a school girl in Kannur district was allegedly raped for two years by her father, minor brother and uncle.

In Kottayam, one of the daughters had been sent to boarding school to protect her from her father two years ago after she revealed her torture to the mother, who kept it a secret. But after the younger daugther also complained to her of the father's attempt to rape her, the mother finally went to the police.

In the Kannur case, the mother has not yet backed her daughter. The girl first confided in her teachers, who called the police. The victim is already under pressure from her extended family to retract the charges, police sources say. (Read story)

The father and uncle of the victim have been arrested and her minor brother sent to a juvenile home. The girl is being kept at a women's centre in Thalassery for the last few days.

The police also found that the victim's older sister died two years ago - she allegedly committed suicide. An investigation has been started to find out if she too was abused by the men of the house, but the police haven't found anything suspicious so far. The police have said there is a fourth accused in the case, another of the victim's uncle who is on the run.

The child reportedly told her teachers that her sister killed herself to escape similar abuse.

The family is poor. The girl's mother works as a porter, said KC Rosakutty, who heads the Kerala Women's Commission that is overseeing investigations in the case. She said the victim's mother claims she had no idea about the incident.

"It is very sad that the mother is also not coming forward and reporting the case. This shows the situation in the house. She might be afraid of her husband," Ms Rosakutty said.

The commission has offered to take the girl under its care. Ms Rosakutty said it might write to the chief minister for an enquiry into the older sister's death. Congress activist Suma Balakrishnan has also approached state Home Minister T Radhakrishnan seeking a thorough probe into both the cases as well as the arrest of all those involved in the two crimes.

Promoted
Listen to the latest songs, only on JioSaavn.com
"This is a shocking case of two minor sisters being raped by family members. The police say the older sister committed suicide. But this needs to be probed as no proper enquiry was done," Ms Rosakutty said.