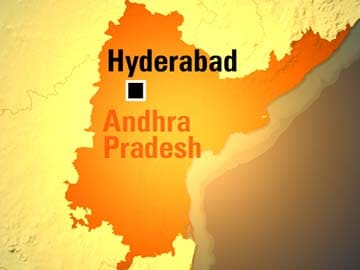 Hyderabad: Union Minister for Science and Technology S Jaipal Reddy on Saturday asserted that Hyderabad would not become a Union Territory following the bifurcation of Andhra Pradesh while Congress leaders from Telangana too said that there would not be any compromise on the city.

"Some forces in Seemaandhra are desperately trying to see that Hyderabad is made a Union Territory. But that will never happen," the minister said at a thanks-giving rally on Saturday, organised by the Congress in Warangal.

"The Telangana juggernaut has started rolling. If anyone tries to come in its way, it will only do a damage to them," he said.

Congress president Sonia Gandhi had promised the Telangana state and "going back on the promise is not her character", Jaipal said, adding, that resolution of the party's Central Working Committee on Telangana was an "inscription in stone".

In an oblique rebuff to Chief Minister N Kiran Kumar Reddy, who had said that the late Prime Minister Indira Gandhi was opposed to the bifurcation of Andhra Pradesh, Jaipal said: "Those who make such claims should read history. Indira Gandhi created Punjab, which Jawaharlal Nehru did not want."

Congress leaders from the region stressed at the rally that they would not settle for anything less than a Telangana with ten districts including Hyderabad, amid reports that the Centre was mulling the option of making Hyderabad a Union Territory or vesting its control with the Governor after the division.

Promoted
Listen to the latest songs, only on JioSaavn.com
"There is no compromise on Hyderabad," Telangana Congress leaders asserted.