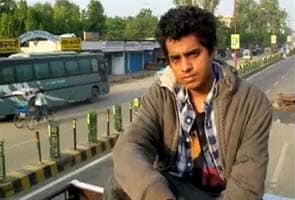 Bangalore: Satwik Shastry, a 24-year-old techie was found trampled to death by wild elephants in a thick forest near Bannerghatta National Park, about 20 km from Bangalore, a forest official said on Tuesday.

"The mauled body of the youth (Satwik Shastry) was traced late on Monday after a 48-hour search by our guards in the dense Raghihalli Bende forest. We are investigating to find how he was trapped and fatally trampled by wild tuskers," Karnataka principal chief conservator of forest (wildlife) Deepak Sharma told IANS here.

Shastry, a software engineer with an IT firm, had gone missing in the forest late on Saturday when he went trekking with two friends. They entered the forest after parking their motorbikes on the fringes.

According to the first information report (FIR) filed by Shastri's family, the tragic incident occurred when the victim went into a bush to attend nature's call while on way out of the forest.

"It appears Shastry's friends lost track of him as they walked ahead and found him not following them behind. A frantic search in fading light went vain and even shouting for him got no response. When they heard sound of elephants, they ran out of the forest to get help from villagers in the nearby hamlet," Sharma recounted.

As there was no trace of Shastry or his body despite daylong search on Sunday, about 50 forest guards were deployed on Monday to resume the hunt.

Promoted
Listen to the latest songs, only on JioSaavn.com
"Shastry's body was found near a water body frequented by elephants. Signs on the body show he was not only trampled on head, hands and legs, but also dragged nearly a mile by the elephants from where he was trapped," Sharma hinted.

Though the tragic incident is a rare occurrence, the forest department has decided to intensify patrolling to prevent trekkers straying into unfamiliar areas of the forest, which is an elephant corridor between Karnataka and Tamil Nadu.