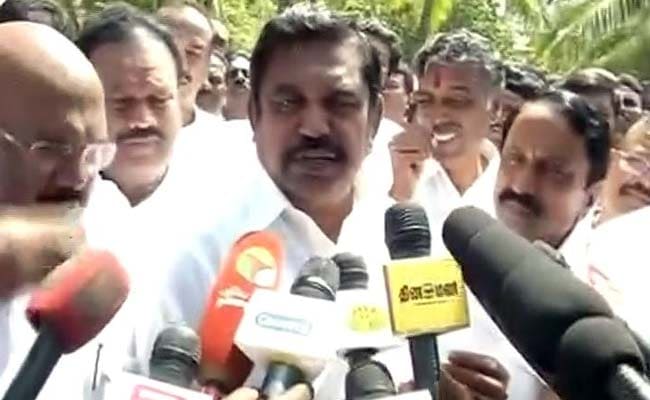 Sasikala faction of the AIADMK has named Edappadi Palaniswami as leader of AIADMK's legislature party.

CHENNAI:
Promoted
Listen to the latest songs, only on JioSaavn.com