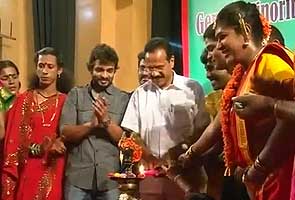 Bangalore: Karnataka Chief Minister D V Sadananda Gowda on Monday assured the transgender community to look into their demand for establishing a separate welfare board.

Participating in the convention of Gender Minorities held in Bangalore, he said the government would also consider allocating sizeable funds for their welfare.

Promoted
Listen to the latest songs, only on JioSaavn.com
"The demand letter given by Sangama (an NGO working for the welfare of sexual minorities) has asked for a separate welfare board of gender minorities, the government will seriously look into it and allocate money," he said.

2 Dead, 2 Trapped For Over 60 Hours In Tamil Nadu Quarry