The mechanisms by which water transports the H+ and OH ions were mirror images of each other - identical in all ways except for the hydrogen bonds. 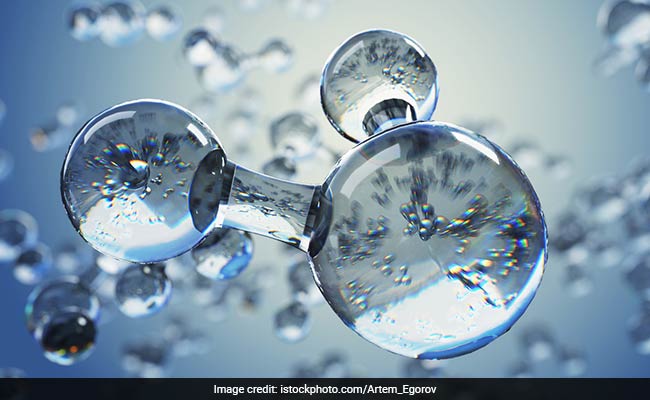 US scientists have predicted a fundamental asymmetry in the mechanism of water, which had previously gone unnoticed.

For nearly a century, it was thought that the mechanisms by which water transports the H+ and OH ions were mirror images of each other - identical in all ways except for directions of the hydrogen bonds involved in the process.

Water consists of one oxygen atom and two hydrogen atoms, but the hydrogen atoms are relatively mobile and can hop from one molecule to another, and it is this hopping that renders the two ionic species so mobile in water.

Prior research had indicated that two main geometrical arrangements of hydrogen bonds (one associated with each ion) facilitate the hops.

But the study found that one of the arrangements led to significantly slower hops for OH than for H+ at four degrees Celsius.

"The new finding is quite surprising and may enable deeper understanding of water''s properties as well as its role as a fluid in many of nature''s phenomena," said lead author Alexej Jerschow, Professor at the New York University (NYU).

If this asymmetry predicted is correct, it could be exploited in different applications by tailoring a system to favour one ion over the other, the researchers said.

In the study, detailed in the journal Physical Review Letters, the team involved cooling water down to its so-called temperature of maximum density, where the asymmetry is expected to be most strongly manifest, thereby allowing it to be carefully detected.

By cooling water down to this temperature, the team employed nuclear magnetic resonance methods (the same type of approach is medically in magnetic resonance imaging) to show that the difference in lifetimes of the two ions reaches a maximum value (the greater the lifetime, the slower the transport).

By accentuating the difference in lifetimes, the asymmetry became clear.