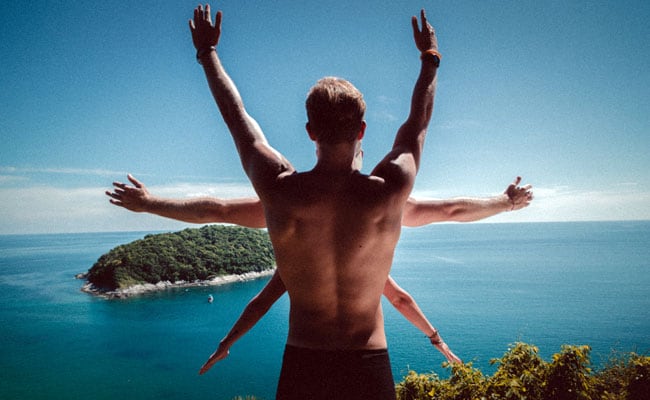 Personality tests are hugely popular, though if you ask working psychologists, they'll tell you the results are little better than astrological signs. But a new study, based on huge sets of personality data representing 1.5 million people, has persuaded one of the staunchest critics of personality tests to conclude that maybe distinct personality types exist, after all.

The new approach was nothing like the basis for widely used personality tests such as the Myers-Briggs, which spits out a personality type with acronyms like INTJ, for introversion-intuition-thinking-judgment, or ESFP (that's extrovert-sensing-feeling-perceiving).

"The social psychology community is pretty in line with being anti Myers-Briggs Type personality assessments," said Alexander Swan, a psychologist at Eureka College in Illinois who is a critic of the test.

That test, developed in the 1940s, is based on Swiss psychoanalyst Carl Jung's idea that people can be grouped into archetypes. (These archetypes weren't empirical findings, just Jung's assessment of literary motifs and his observations of the people he knew.) Myers-Briggs tests generate one of 16 archetypes for each user, but the questions are poorly written, Swan said. And several studies show that the personality types are inconsistent and cannot predict career success or other characteristics.

People have been trying to stuff each other into categorical bins for thousands of years. "These ideas go back to the ancient Greeks like Hippocrates and so on," said Martin Gerlach, a postdoctoral researcher who studies complex systems at Northwestern University.

Gerlach and his colleagues Luis A. Nunes Amaral and Beatrice Farb are trying to propel these old ideas into the realm of big data. They took a relatively new approach - not adhering to Jungian theories but analyzing four huge data sets.

They also enlisted the aid of Northwestern psychologist William Revelle, who been an outspoken skeptic of the idea of personality types. He was, at first, a critic of the group's own study. "I'm going to be very blunt," he said. "My first reaction was this is nonsense."

Social psychologists dispute whether personality types exist. Traits are another matter. Personality traits "can be measured consistently across ages, across cultures," said Amaral, co-director of the Northwestern Institute on Complex Systems. The five best-established traits, or Big Five, are openness, conscientiousness, extroversion, agreeableness and neuroticism.

Swan agreed that the Big Five is "a well done model." Long questionnaires, typically of 100 questions or more, identify whether people score low or high on these traits. A typical item might ask how much you agree with a statement such as, "I see myself as someone who is full of energy" or "I tend to keep grudges."

The results give a value for each of the five traits, indicating that a person is high on agreeableness, for instance, or low on neuroticism. The big flaw with the Big Five is its basis in self-reporting: Do we really know whether we're full of energy? Do we answer truthfully about our grudge-keeping? But proponents note its consistency; self evaluations often line up with peer assessment, too.

Because each person who takes a Big Five test is assigned five values, the study authors had to work in five-dimensional space to search for patterns. "I've heard of people who can visualize five dimensions in their heads," Amaral said. "I'm definitely not one of them."

So the scientists used a sophisticated machine learning algorithm to identify clusters of traits, or what Revelle called "lumps in the batter," in this 5-D population. On the first attempt, Amaral said he got it completely wrong.

Imagine a watermelon sitting next to some grapes. If the only tool you've got is a melon baller, you can scoop up the grapes, but go after the watermelon, and you'll carve it into small balls that didn't exist before. The study authors' first model was like that melon baller. They carved up the 5-D space into a dozen artificial personality types.

Revelle shot them down. " 'I don't believe in these personality types,' he tells us. 'No cigar,'" Amaral recalled. They double-checked the model, and the psychologist was correct.

The scientists eventually developed a more robust model to pick out the smaller groupings (like "role model" and "self-centered") and keep the biggest one ("average") intact. Revelle asked them to apply the tool to two additional sets of personality trait data. They found four types here, too.

That ultimately convinced Revelle - the four personality types appeared as anticipated wherever they looked. In total, this research represents personality traits for 1.5 million people from the United States and England.

The new study "presents a very strong case for personality types defined by configurations of the Big-Five personality traits," said John A. Johnson, a Pennsylvania State University psychologist. Johnson has collected personality trait data from more than 500,000 people. He made these data sets available to the study authors but was not otherwise involved with this research.

"What is unique about the current study is their choice of the Big Five trait domains as a starting point," Johnson said, "rather than some theoretical types that sprang from the imagination of the theorist."

Amaral and his colleagues named the clusters only after the clusters were located. Role models were high in every trait but neuroticism. They also appeared with increasing frequency as people aged. "These people are not mean, not rude, but kind and polite and treat people with respect," Amaral said. The reserved type was not open and not particularly extroverted, but otherwise agreeable and conscientious.

People who scored very high in extroversion but were below average in agreeableness, conscientiousness and openness were "self-centered." Amaral put it in a "nontechnical way": Some people are "jerks." Teenage males were more likely than average to be self-centered, but this proportion decreased with age.

"These 18-year-olds are going to grow up," Revelle said. "Except some people don't grow up, and they become senior political statesmen."

Johnson said he was not surprised by the connections between personality type, age and gender. "Personality changes, very slowly, over time in the direction of greater maturity: greater agreeableness, conscientiousness and emotional stability," he said.

Swan was not as convinced by the usefulness of these categories. "To have one of their clusters called average is weak," he said. He struggled to see why it would be helpful to describe someone that way. Labeling a category as self-centered, though, was a credit to the study authors. "You won't find that in Myers-Briggs Type tests," he said, because its results are always "very nice things."

Revelle said he is confident these types exist, but he's not sure what to take away from that observation. "Myers-Briggs has done so well, because people like to say, 'Oh, I'm a this,' " Revelle added. "That is a complete mistake."

He offered a metaphor of the population map of the United States. Lots of people live in New York City, Los Angeles, Houston and Chicago, the most populous four cities. And it's helpful, sometimes, for a person to identify as a New Yorker. But you miss out on the majority of the country if you focus only on those metropolitan areas. What's more, the city closest to where you live is only one descriptor, even in the context of location. "Would you rather say the person lives in the North or the South, or lives in New York or Chicago?"

It's the same with someone's identity. "What's the actual utility of these?" he said. "I don't think we've really addressed that."

Not yet, anyway. Revelle is collecting personality trait data at the SAPA-Project.org. And Gerlich wants to investigate whether the people they called "role models" are more successful in their jobs.

(Except for the headline, this story has not been edited by NDTV staff and is published from a syndicated feed.)
Comments
PersonalityPersonality TypesPersonality Tests