Some glaciers show lakes forming where ice used to be, or debris from landslides making their way to the sea 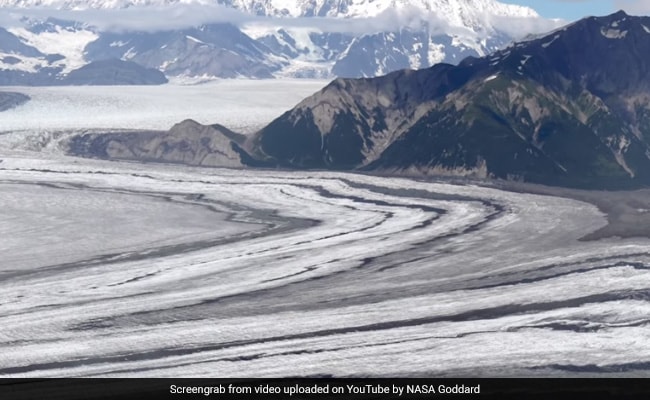 NASA's video has captured decades of change in the earth's frozen regions.

The video was compiled by glaciologist Mark Fahnestock of the University of Alaska Fairbanks, using images from the NASA-USGS Landsat program dating back to 1972. Mr Fahnestock stitched together six-second time-lapses of every glacier in Alaska and the Yukon, and according to NASA, the videos show what is "happening to Alaska's glaciers in a warming climate".

While some glaciers show lakes forming where ice used to be, or debris from landslides making their way to the sea, others "show patterns that give scientists hints of what drives glacier changes".

The Columbia Glacier, for example, was relatively stable in 1972. In the mid-1980s, however, the glacier's front began retreating rapidly. By 2019, it was 20 kilometers upstream. According to Science Alert, it is now one of the most rapidly changing glaciers in the world.

Watch the changes take place in NASA's time-lapse video below:

Since being shared online three days ago, the video has collected over 1.6 lakh views.

"Beautiful but terrifying. Thank you for doing this wonderful work," wrote one person in the comments section. "Very interesting to see the fluid movement of something we generally think of as solid and static," said another.

Stone-Age "Chewing-Gum" Yields Human DNA; Did It Keep Its Flavour?