Japan's Hayabusa2 Probe To Land On Asteroid On February 22

The robot about the size of a large fridge and equipped with solar panels, is the successor to its first asteroid explorer, Hayabusa, which in Japanese means a falcon. 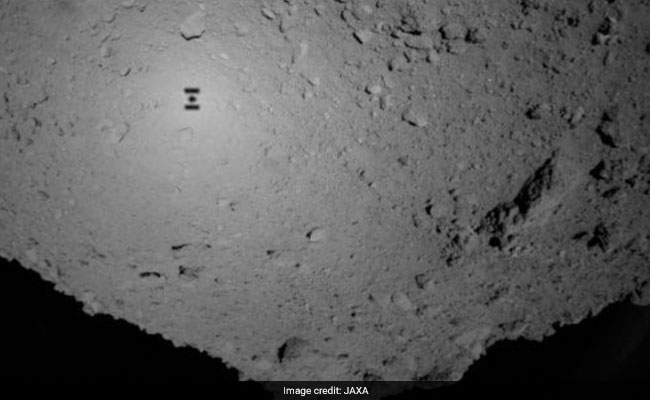 A Japanese probe Hayabusa2 sent to examine an asteroid in order to shed light on the origins of the solar system is expected to land on the rock later this month, officials said on Wednesday.

Hayabusa2 probe is expected to touch down on the Ryugu asteroid at 8am local time on February 22, The Japan Aerospace Exploration Agency (JAXA) said.

"The landing point is decided and how we're going to land is confirmed, so we want to do our best to achieve this without making mistakes," JAXA project manager Yuichi Tsuda said.

The announcement comes after the agency in October delayed the touchdown for several months, saying they needed more time to prepare the landing as the latest data showed the asteroid's surface was more rugged than expected.

Scientists are already receiving data from other probes deployed on the surface of the asteroid.

Loaded with sensors, the robot can take images at multiple wavelengths, investigate minerals with a microscope, gauge surface temperatures and measure magnetic fields.

Hayabusa2, about the size of a large fridge and equipped with solar panels, is the successor to JAXA's first asteroid explorer, Hayabusa, which is Japanese for falcon.

The Hayabusa2 mission, which costs around 30 billion yen ($260 million), was launched in December 2014 and will return to Earth with its samples in 2020.

Photos of Ryugu -- which means "Dragon Palace" in Japanese, a castle at the bottom of the ocean in an ancient Japanese tale -- show an asteroid shaped a bit like a spinning top with a rough surface.

By collecting samples from it, scientists hope to answer some fundamental questions about life and the universe, including whether elements from space helped give rise to life on Earth.

(Except for the headline, this story has not been edited by NDTV staff and is published from a syndicated feed.)
Comments
Hayabusa2 Japan Asteroid ExplorerHayabusaJapan Aerospace Exploration Agency (JAXA) Hayabusa Project