No, NASA Didn't Fix Hubble Telescope Simply By Switching It Off And On

During the first week of October, one of Hubble Space Telescope's three gyroscopes failed. The giant telescope needs the devices to measure turning speeds and to zero in on the things in space it observes and photographs. 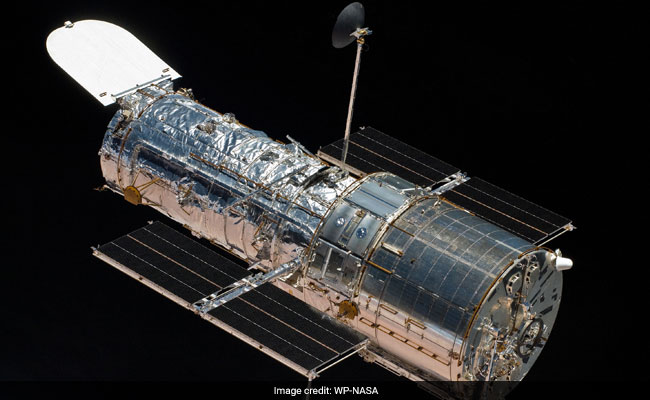 NASA didn't fix the Hubble Space Telescope the way one fixes routers: switching them off and on

It hasn't been the best month for the Hubble Space Telescope.

During the first week of October, one of the spacecraft's three gyroscopes failed. The giant telescope needs the devices to measure turning speeds and to zero in on the things in space it observes and photographs.

In a statement, NASA reassured the public that the breakdown was expected, saying the gyro "had been exhibiting end-of-life behavior for approximately a year" and, in any case, "two other gyros of the same type had already failed."

To replace it, NASA engineers powered up a backup gyroscope that had been dormant since early 2011. They were heartened, at first. The gyroscope began spinning despite not being used for 7 1/2 years. However, it sent back readings that were clearly too high.

The discrepancy was "similar to a speedometer on your car continuously showing that your speed is 100 miles per hour faster than it actually is," NASA said. "It properly shows when your car speeds up or slows down, and by how much, but the actual speed is inaccurate."

Engineers concluded the problem must have been some kind of mechanical obstruction. Vowing to fix it, NASA kept the telescope in "safe mode," limiting its operations in the same way a computer in that mode operates at bare-bones settings.

NASA teams ran tests, reviewed the flight software and considered what they could do to remedy the problem with as little damage as possible to their prized (and expensive) telescope. (Though the Hubble can operate with fewer gyroscopes, it normally uses three for maximum efficiency.)

On Oct. 16, the Hubble team even attempted a "running restart," turning the problematic gyroscope off for one second, then back on again. Unfortunately, the "have you tried powering it off and on?" approach - long favored as a first-resort by technical support staff on Earth - didn't work in space. Would that it were that easy, Crouse said.

Instead, what appeared to work was repeatedly turning the entire Hubble spacecraft to see if it would "dislodge" anything that was blocking the gyroscope in question.

The repeated maneuvers seemed to work, with the gyro reporting rotation rates that were back to normal - much to the relief of Hubble engineers, Crouse said.

"We believed all along, or from very early on, that the gyro appeared to be useful and just had to make sure to get it back to a useful state," he said.

Crouse paused when asked to explain what had happened in layman's terms.

"At a high level, if people want to call it jiggling around, I suppose they can," he said. "But we were trying to do very particular activities we thought would clear the problem. It certainly wasn't as simple as turning it off and turning it back on."

Still, that didn't stop a variety of news outlets from reporting that NASA had fixed its telescope "the way you fix your router."

"NASA fixes Hubble gyroscope by turning it off and on again," Engadget stated Wednesday.

"What fixed NASA's Hubble space telescope? Someone flipped a switch on and off," USA Today followed.

Crouse said those headlines were "an oversimplification," though he can understand the confusion over extremely technical matters.

"It's hard to keep everybody up to date on exactly the process," he said. "I can understand that some people maybe took the easy way out. But to reflect where we are [with Hubble], we're very optimistic. We're not out of the woods yet, but we're very optimistic we can get back to doing science again."

The Hubble Space Telescope was launched into orbit in 1990, and ever since its first photo - an underwhelming grainy, black-and-white image of some stars, thanks to a flaw in a primary mirror - it has gone on to deliver some truly dazzling images from space. Time magazine has a roundup of the 50 "best" photos taken by Hubble, though all are quite extraordinary in their own way, depending on one's interest in any particular corner of the universe.

NASA has been developing a new telescope, the $8 billion James Webb Space Telescope, that will be able to see back in time, almost to the beginning of the universe. The Webb will be able to collect seven times the starlight as the Hubble and observe the universe in infrared wavelengths of light, which the Hubble can't, The Washington Post's Joel Achenbach reported in February. Eventually, the Webb telescope is expected to replace the Hubble, which "is still working fabulously but getting long in the tooth," Achenbach wrote.

(Except for the headline, this story has not been edited by NDTV staff and is published from a syndicated feed.)
Comments
NASAHubble Space TelescopeHubble Telescope