Proud Moment: Envoy On Israel's Attempt To Land On Moon

Israeli spacecraft, Beresheet, lost contact with the Earth and crashed just moments before it was to land on the moon. 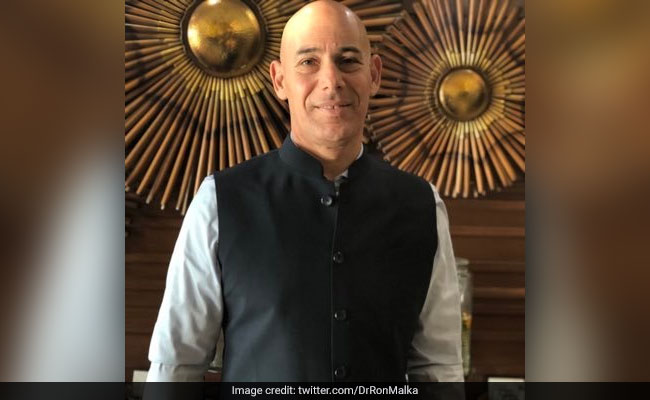 We may have crash landed, but we landed: Ron Malka, Israeli envoy to India

Unfazed by the crash landing of Beresheet spacecraft on the moon, Israeli envoy to India Ron Malka Friday said despite the setback, it is a "proud moment" that a small country like Israel could land on the moon, a feat achieved only by superpowers.

"We may have crash landed, but we landed. Success is a process and failure is just a part of the process. So we must not be scared of dreaming," Mr Malka said at an event held at the embassy to celebrate the development.

Israeli spacecraft, Beresheet, lost contact with the Earth and crashed just moments before it was to land on the moon, failing in an ambitious attempt to make history as the first privately-funded lunar mission.

The spacecraft lost communication with ground control late Thursday as it was making its final descent to the moon. Moments later, the mission was declared a failure. In Israel's Yehud city, Opher Doron, general manager of the space division of Israel Aerospace Industries, said, "We definitely crashed on surface of the moon."

The small robotic spacecraft, built by the non-profit SpaceIL and state-owned Israel Aerospace Industries, had hoped to match a feat that has only been achieved by the national space agencies of three countries: US, Russia and China.

"It is a proud moment for a small country like Israel to achieve the feat which only superpowers have achieved," Malka said.

Responding to a question by reporters on whether Israel will share Beresheet's experience with India, Malka said as strategic partners, the two countries share knowledge.

The work on Beresheet began in 2015. The failure was a disappointing end to a 6.5 million kilometer lunar voyage, almost unprecedented in length, that was designed to conserve fuel and reduce price.

The spacecraft hitched a ride on the SpaceX Falcon rocket, launched from Florida in the US in February.

For the past two months, Beresheet travelled around the Earth several times before entering lunar orbit in hopes of joining the exclusive club of countries that have made it to the moon.