Researchers said that the advance means that a population of customised gene-edited monkey models with uniform genetic background will be available for biomedical research. 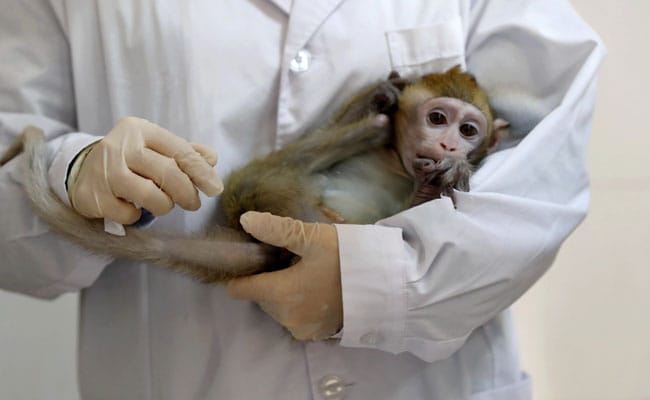 Scientists in China have cloned five monkeys after editing genes to induce several human diseases like Alzheimer's that they claim will help in medical research, an advance which is likely to raise fresh ethical concerns about gene-editing.

The announcement follows the recent confirmation that the world's first gene-edited human babies have been born in China, following an "unauthorised experiment" that has caused widespread disquiet in the scientific community.

Chinese scientists have cloned five monkeys from a gene-edited macaque with circadian rhythm disorders that are linked to sleep problems, depression and Alzheimer''s disease, the official Xinhua news agency said on Thursday.

It is the first time multiple clones had been made from a gene-edited monkey for biomedical research, the news agency said.

Chinese Scientists made the announcement of the monkey cloning on Thursday with two articles published in National Science Review, a top Chinese journal in English.

The cloned monkeys were born in Shanghai at Institute of Neuroscience of Chinese Academy of Sciences.

Researchers said that the advance means that a population of customised gene-edited monkey models with uniform genetic background will be available for biomedical research.

Disorders of circadian rhythm are associated with many human diseases, including sleep disorders, depression, diabetic mellitus, cancer and neurodegenerative diseases, such as Alzheimer''s disease.

Previously, mice and flies were widely used for the research of such diseases, but these animal models differ greatly from human beings in terms of activity routines, brain structure and metabolic rate.

The announcement with photographs of the newly born monkeys in incubator comes in the backdrop of China punishing a scientist He Jiankui whose experiments resulted in the birth of twin gene edited babies.

A special investigation team held that He defied the ban and carried out unauthorised experiments.

He had announced their birth in November, after China launched a probe. The investigating team has confirmed that while one volunteer delivered twins Lulu and Nana another lady is pregnant.

The cloned monkeys, closer to human in physiology, make better models for research on disease pathogenesis and potential therapeutic treatments.

They selected one of the gene-edited monkeys with the most severe disease phenotypes as the donor. The fibroblasts of the donor were then used to clone five monkeys by somatic cell nuclear transfer, the same method used to generate Zhong Zhong and Hua Hua, the first cloned monkeys born in China at the end of 2017.

Different from Zhong Zhong and Hua Hua, generated by using fibroblasts from an aborted fetus, the new clones were made using a gene-edited young adult male monkey.

"It shows that besides using fetus, batch cloning of gene-edited male monkeys with diseases is also feasible," Qiang Sun of the institute said.

Sun said the research programme was reviewed and supervised by the institute''s ethic committee in accordance with international ethical standards of animal research.

He said that the research signified the maturing of China''s somatic cell cloning.

Muming Poo, the director of the institute, said that the research team would focus on cloning monkey models with different brain diseases in the future.

Besides being used to study human brain diseases, the models will be used to test medicine effectiveness, which can help reduce the number of animal models used in experiments and lower the cost of medicine development, he said.