The fourth-generation synchrotron, called Sirius, is in the final stage of construction and will be used to make advances in medicine, health, energy and the environment. 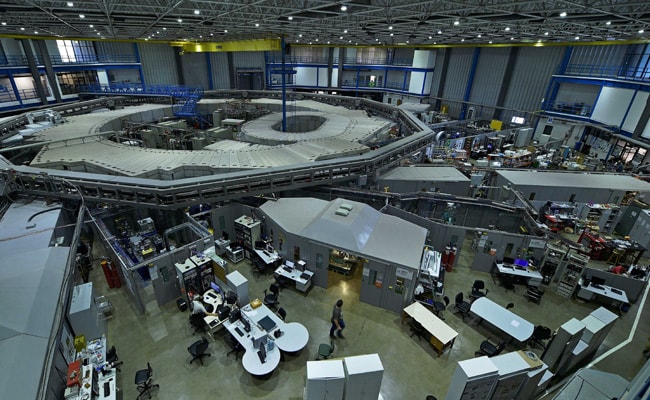 Brazilian scientists are racing against time to finish building a particle accelerator the size of the Maracana football stadium before government funds run out or it is superseded by rival technology.

The fourth-generation synchrotron, called Sirius, is in the final stage of construction and will be used to make advances in medicine, health, energy and the environment.

Work on the gigantic particle accelerator in Campinas, some 90 kilometers (55 miles) from Sao Paulo, began in 2015.

Six synchrotron light beams are expected to be operational in 2020 -- short of the 13 scientists had hoped for, but sufficient for testing to start.

"If we could run (the accelerator) today, it would be without a doubt the most efficient synchrotron in the world.

"If it is a decade from now, it will be an excellent synchrotron, but not the most competitive one."

The particle accelerator measures 518 meters (1,700 feet) in circumference and is expected to cost a total of $585 million.

So far, the LNLS has received only 30 percent of the funds for this year from the Ministry of Science and Technology. 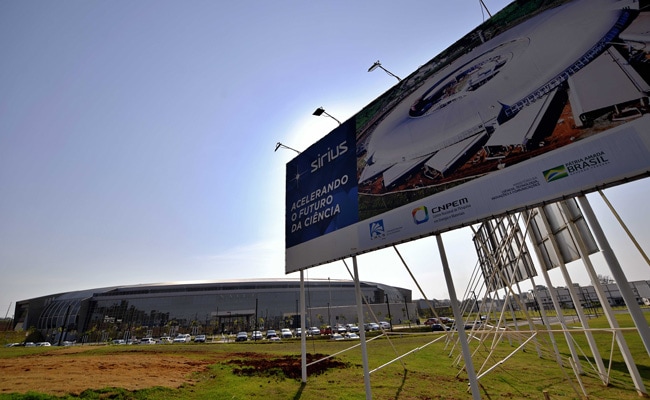 Particle accelerator is the size of the Maracana football stadium

Funding for scientific research was squeezed under previous governments, but the cuts have deepened since President Jair Bolsonaro took power in January and the future money flow for Sirius is in doubt.

"For now, nothing indicates that we will not be able to finish (the project) next year."

Only one other such accelerator exists in the world, the MAX IV in Sweden.

France is also upgrading its third-generation synchrotron, which should be ready by next year.

Sirius will generate synchrotron light, a source of electromagnetic radiation, of such intense brightness that it can reveal the structures of organic and inorganic material such as proteins, viruses, rocks, plants and metallic alloys, all in high resolution.

Brazil entered the small club of countries with synchrotron technology in 1997 with the UVX, a second-generation accelerator, which is the only one of its kind in Latin America.

The Sirius project was originally planned to be an upgrade of the UVX into a third-generation accelerator.

But the scientific team decided to take a leap and build a world leader.

"I do not see another instrument that has a scope as diverse as this one," Junior told AFP, as he walked around the ring-shaped machine that resembles the iconic Maracana stadium in Rio de Janeiro not just in size but also shape.

Junior said public funding for the project was essential.

"An obscurantist discourse may lead to questioning the usefulness of certain aspects (of science)," he says.