At least three police personnel were seen at the centre on Wednesday noon disciplining people waiting in the queue. 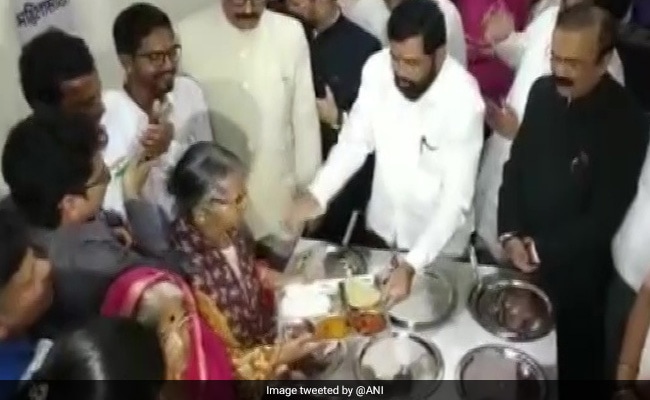 Huge demand for the highly- subsidised "Shiv Bhojan" thali and the resulting chaos forced the owner of a distribution centre in Pune to take the help of police to manage the crowd.

The owner said he had to call the police to control the situation, as at least 500 people have been turning up everyday to purchase the Rs 10-lunch plate during the designated two-hour timing between 12 noon and 2 pm.

The scheme for the poor was launched on January 26 on a pilot basis by the Shiv Sena-led state government. The thali consists of two chapatis, one vegetable bowl, rice, and dal.

"Around 500 people have been turning up at my centre located on the premises of the APMC (Agriculture Produce Marketing Committee) for the last two days, which is causing chaos," the shop owner said.

At least three police personnel were seen at the centre on Wednesday noon disciplining people waiting in the queue.

Ram Temple Construction To Begin In April This Year: Trustee