Shantabai Pawar said she had been learning stick-fighting since the age of eight, and would travel to different places to display it. 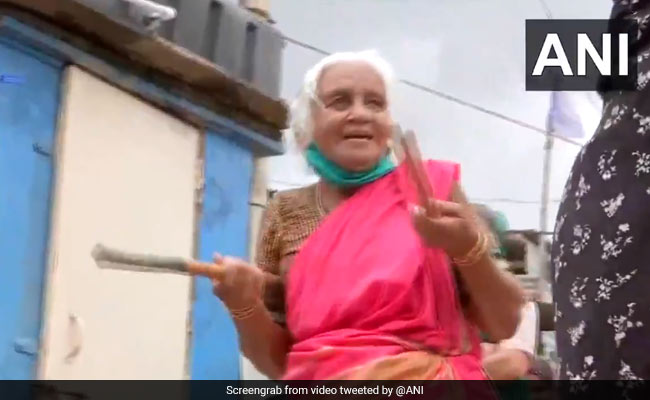 An 85-year-old woman from Pune in Maharashtra is getting praise from all quarters and help amid the crippling coronavirus-induced lockdown after a video of her displaying exemplary stick-fighting skills went viral on social media.

Shantabai Pawar was showing her stick-fighting skills on the streets of the city during lockdown to earn money for her family, which includes orphaned children she has taken under her care.

Her video not only fetched praises but several people came forward with ration and monetary help, among them film actor Riteish Deshmukh who described her as "warrior aaji" (warrior grandmother) on a micro-blogging site and contacted her.

She says, "I'm doing it since I was 8. My father taught me to work hard. People mostly remain indoors due to #COVID, so I clang utensil to alert them when I perform." #Maharashtrapic.twitter.com/NCI7kcbKxT

Ms Pawar said she had been learning stick-fighting since the age of eight, and would travel to different places to display it, but the times of late were distressing as the lockdown had brought everything to a standstill.

"Stores stopped giving me grocery. Since it was impossible to make ends meet in a large family that includes several small children, I decided to display my stick-fighting skill on the roads so that patrons would give money," she said.

A family member said the video had helped them garner help in form of kind and cash.