The top civic post had fallen vacant after incumbent Mukta Tilak of the BJP was elected as MLA from the Kasba Assembly constituency in the last month's elections in Maharashtra. 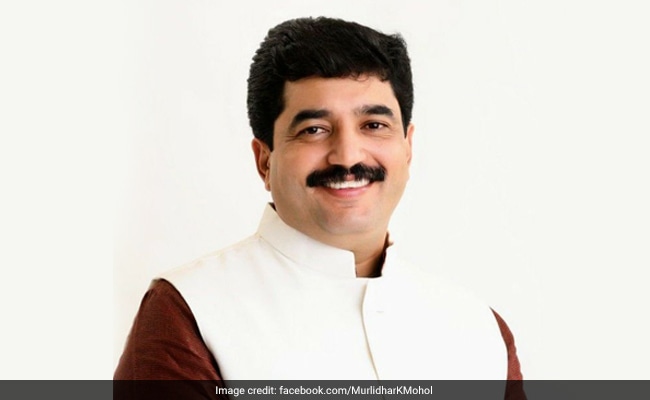 According to civic officials, Murlidhar Mohol got 97 votes

BJP corporator Murlidhar Mohol was on Friday elected as the new Mayor of the Pune Municipal Corporation (PMC), defeating the joint Congress-NCP candidate who was also supported by the Shiv Sena.

The top civic post had fallen vacant after incumbent Mukta Tilak of the BJP was elected as MLA from the Kasba Assembly constituency in the last month's elections in Maharashtra.

Saraswati Shendge, also of the BJP, was elected as the new Deputy Mayor.

The Congress and the NCP had fielded Prakash Kadam as their candidate against Mohol, a corporator from Kothrud. Kadam is an NCP corporator.

The Sena, the BJP's estranged ally which is currently working out modalities with the NCP and the Congress to form government in Maharashtra, supported Kadam.

However, despite the three parties coming together, Mohol won the election by a comfortable margin as the BJP enjoys a clear majority in the civic body.

In the 164-member PMC, the BJP has 99 corporators. According to civic officials, Mr Mohol got 97 votes, while Kadam bagged 59 votes.

Mr Mohol is said to have played a key role in state BJP chief Chandrakant Patil''s victory from the Kothrud constituency in the Assembly polls.

After the election, Mr Mohol said the BJP was committed to rapid development of Pune and added he will work towards accelerating the growth of the city, which has emerged as an education and IT hub.