5 Of Family Dead After Car Collides With Container Truck In Pune: Cops 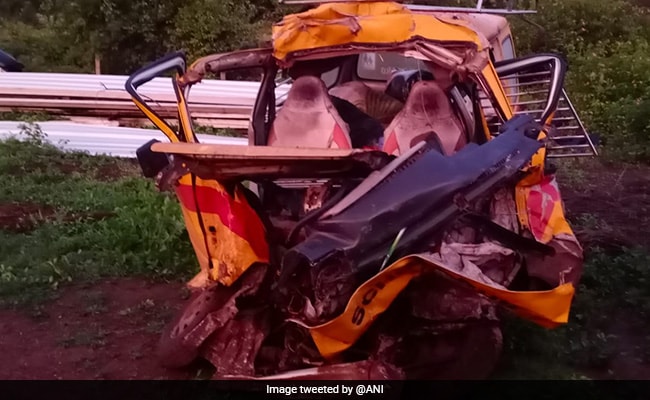 Police said that the driver of the container was on the run.

Five members of a family died after a car collided with a container truck that was driving on the wrong side of the road on the Ahmednagar-Pune Highway in Pune in the early hours of Wednesday, police said.

"The accident took place at 1.30 am, after a car collided with a container that was coming from the wrong side," said Abhinav Deshmukh, Superintendent of Police, Pune.

The police official said that the driver of the container was on the run. Visuals from the site showed the car in a mangled state.

2 Girls, On Way To School, Crushed To Death By Speeding Truck In Pune