Niranjan Jyoti was an MLA in Uttar Pradesh from 2012 to 2014, when she represented Hamirpur assembly constituency. 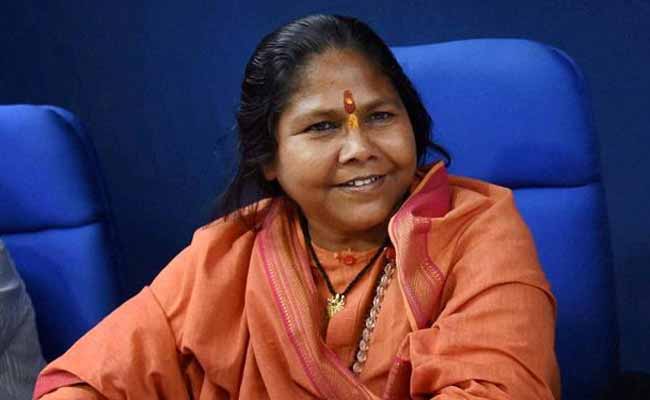 Saffron-robe clad Niranjan Jyoti was a minister in the first Narendra Modi government in 2014. She is back in the House after winning from Fatehpur parliamentary constituency in Uttar Pradesh, improving her victory margin this time by over 70,000 votes.

She has been sworn in as a Minister of State in the Narendra Modi-led Union cabinet.

Before testing her popularity as an MP, she was an MLA in Uttar Pradesh from 2012 to 2014, when she represented Hamirpur assembly constituency.

In December 2014, Ms Jyoti stoked a controversy by allegedly making communal remarks and using an expletive in an election rally, leaving the BJP and the government embarrassed as an angry opposition demanded that she be sacked.

The remarks that voters of Delhi should choose between "Ram's sons" and "illegitimate sons" drew the ire of opposition which protested in Parliament following which she expressed "deep regret".

In the previous Modi government, Ms Jyoti held the portfolio of Minister of State for Food Processing Industries.

The lawmaker has been a strong advocate of promoting afforestation, social and cultural values, protecting cows, uplifting poor children and helping women from financially weak backgrounds get married.

The 52-year-old, who has studied up to school level, lists gardening, participating in religious and cultural programmes and reading scriptures and biographies of social and political leaders as her pastimes.