She Survived ISIS Sex Slavery. Now, She Is A UN Goodwill Ambassador 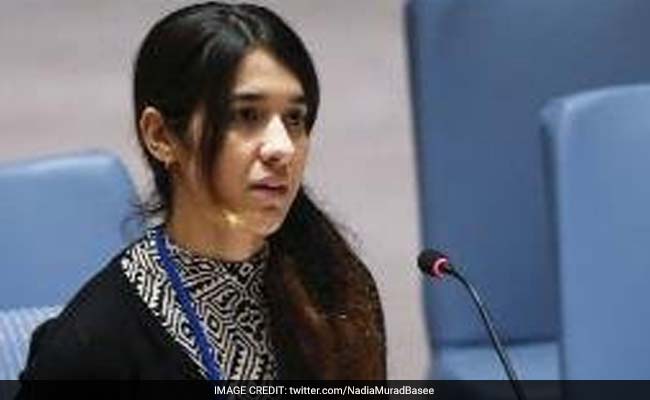 Nadia Murad, a survivor of the ISIS atrocities, was selected to be the United Nations Goodwill Ambassador for human trafficking on September 16, 2016. The formal UN announcement states, "During her Ambassadorship, Nadia will focus on advocacy initiatives and raise awareness around the plight of the countless victims of trafficking".

Nadia was just 19 years old when ISIS terrorists took over her village in Iraq in 2014. Being from the non-Muslim Yazidi community meant that she had to go through the worst kind of torture. She had witnessed her brother and father being killed in front of her eyes. During her three months of captivity, she was beaten up and raped several times. The time that she tried to escape, she was gangraped by six men till she lost consciousness.

She opened up about her own dark experience while addressing the United Nations Security Council in 2015 which paints a gory picture of the ISIS-held northern Iraq. She was taken as a sex slave by the ISIS and what followed was, as she puts it, a kind of torture that 'a mind could not imagine'. The 'slaves' were made to pray before being raped and were subject to regular beating up.

Nadia Murad was finally able to escape to seek asylum in Germany where she also received medical aid.

Promoted
Listen to the latest songs, only on JioSaavn.com
The young Iraqi has already met with Amal Clooney, who will represent her and several other women tortured at the hands of ISIS, as their case is taken to the International Criminal Court.

According to Nadia's personal website, she is "dedicated to helping women and children victimized by genocide, mass atrocities and human trafficking, heal and re-build their lives and communities" and her new position with the United Nations will help her with her mission.