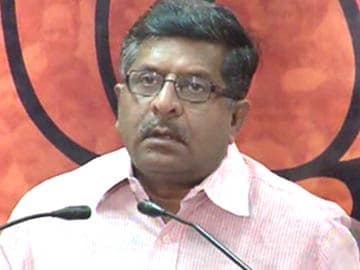 Ravi Shankar Prasad, a three-term Rajya Sabha member from Bihar, is one of the several ministers in the Narendra Modi government who earned their spurs in the ABVP, the student arm of BJP's ideological mentor, the RSS.

Mr Prasad has been given charge of the ministries of law and telecom.

In 1973, he was elected as assistant general secretary of the Patna University Students' Union, which had RJD president Lalu Prasad Yadav as its president and former Bihar deputy chief minister Sushil Kumar Modi as its general secretary.

In 1999, when Atal Bihari Vajpayee was sworn in as the country's prime minister for the third time, Mr Prasad, 59, was inducted in his council of ministers, and held the portfolios of information and broadcasting, coal and mines and law and justice. He was elected to the Rajya Sabha soon after.