Dr Shivakumara Swami was known for pioneering education for thousands of boys and girls, with free boarding and lodging. 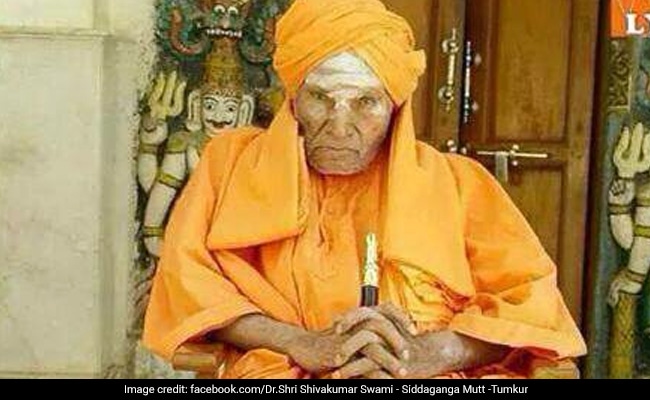 Shivakumara Swami studied in state-run schools and colleges and graduated in Arts in 1927. (File)

Dr Shivakumara Swami, the 111-year-old seer of the Siddaganga Mutt at Tumakuru near Bengaluru, was a popular and religious leader of the Lingayat community in Karnataka who served the poor and the needy for over eight decades.

The seer, who passed away on Monday at the mutt, about 70 km northwest of Bengaluru, due to old age-related illness, was known for pioneering education for thousands of boys and girls, with free boarding and lodging and imparting the teachings of the 12th century social reformer-cum-Kannada poet Basavanna to one and all.

"As head of the Siddaganga Education Society, Swamiji was the guiding light and spirit of about 130 schools and colleges in towns and villages, with free food and accommodation every year for about 9,000 poor children irrespective of caste, creed or social background," a mutt official told IANS.

Taking education to towns and villages across the state despite resource constraints, the seer won the hearts of the people from all walks of life who donated generously for the cause of the poor, which was dear to his heart. 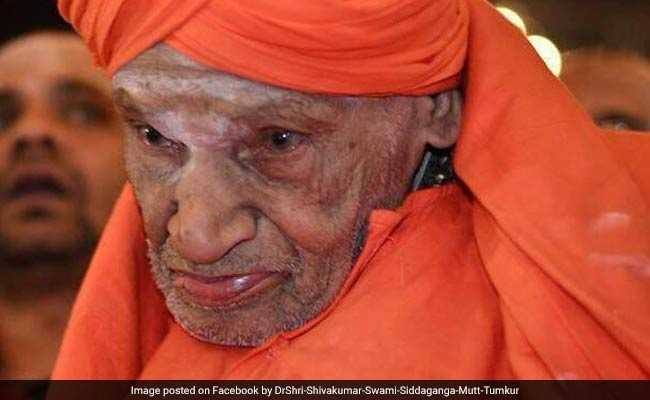 The mutt runs colleges for pre-university, degree and professional courses like engineering and medicine, besides primary, middle and high schools where about 50,000 students join and pass out annually.

To keep alive and sustain the country's most ancient language, the seer had also set up branches of the Sanskrit class in the mutt and in the Society's schools.

Unlike other educational societies, Shivakumara Swami approach to education was holistic, with stress on practical learning from experience than limiting to theory and knowledge.

"My endeavour is to not only provide the students with shelter and education, but also make them into good citizens, as the country's future depends on them," Shivakumara Swami had told a local paper when he turned 100 years in 2007.

Born on April 1, 1907 at Veerapura Magdi hamlet in Bengaluru Rural district, he studied in state-run schools and colleges and graduated in Arts in 1927.

Succeeding his guru Uddana in the 1940s, a decade after he was initiated into the holy order in 1930, the young Shivakumara Swami brought about a revolution in education in the state by opening and building schools and colleges and encouraging students to take to sports and extra-curricular activities.

"At his centenary felicitation in 2007, a modest Swami told a gathering that he was carrying on by God's will and blessings the work his gurus started long ago," recalled the official of the 600-year-old Lingayat mutt.

In recognition of his selfless service in various fields, including religion, education, health and social equity, the Indian government conferred him with the highest civilian award Padma Bhushan in 2015.

The Karnataka government presented Shivakumara Swami with "Karnataka Ratna" award in 2007, marking his centenary. Karnataka University also honoured him with a honourary degree of Doctor of Literature in 1965 at Dharwad in the state's northwest region.

Late President Dr APJ Abdul Kalam, who visited the mutt in April 2007 for the Shivakumara Swami's centenary celebrations, said he was an example of spreading the message of "giving".

"Swami has been on a mission of socio-economic development and eradication of inequalities in education. He saw education and alleviation of hunger as an effective means to enrich human capacity," said Dr Kalam on May 10, 2007 in parliament on the occasion of India's 150th year of 'War of Independence'.

Expenses of the mutt, which range from Rs 30-40 lakh a month, are met from donations offered by the public, devotees, philanthropic trusts and partial aid from the state government for maintaining destitute children.

According to mutt source, as Shivakumara Swami was fond of children at the boarding school, he used to be with them daily during lunch and supper. His love for them used to make him enquire their welfare and be concerned over their well-being.

"His favourite pastime is to sit amidst children in the dining hall. He even admonishes children who, he feels, are not eating enough," added the official.