Goa Elections: The lawyer-turned-politician was in the spotlight last year for his efforts to provide oxygen cylinders to needy patients during the second wave of the coronavirus pandemic. 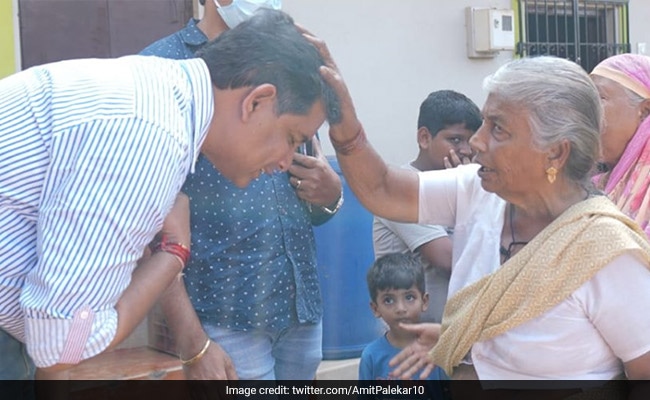 Amit Palekar, the Aam Aadmi Party's chief ministerial candidate for the February 14 Goa polls, is a newcomer in politics, but belongs to the numerically significant Bhandari community.

The lawyer-turned-politician was in the spotlight last year for his efforts to provide oxygen cylinders to needy patients during the second wave of the coronavirus pandemic.

Mr Palekar joined the AAP only three months ago, and would be contesting from the St Cruz Assembly constituency which currently has a BJP MLA.

He was credited for efforts to provide oxygen cylinders to COVID-19 patients at the Goa Medical College and Hospital when the pandemic was at its peak.

He also filed a petition in the Bombay High Court over the issue. The High Court then directed the state government to ensure that there was no shortage of medical oxygen.

In October 2021, he took people by surprise when his pictures with Mr Kejriwal appeared. The next day he joined the AAP and started campaigning in the St Cruz constituency near Panaji.

His mother Jyoti Palekar was the longest-serving Sarpanch (head) of the Merces village panchayat.

"Palekar has been very active in the social field. He has helped people during their darkest hours," Mr Kejriwal told reporters.

He represents an honest politician which is the hallmark of the AAP and its governance, the Delhi chief minister added.

But besides his profile as a social worker, what worked in Mr Palekar's favour was that he belongs to the Bhandari community which accounts for 26 per cent of Goa's population and is the largest OBC group in the state.

The AAP had announced earlier that its CM candidate would be from this community.

There was a time when Palekar would accept fruits and flowers from his clients instead of fees for his lawyer's work, recalled his wife Rasika, speaking at the AAP press conference.

"When I asked why he brings this home in place of money, he would say these were people's blessings," she added.

Mr Palekar, who speaks Konkani, Marathi, English and Hindi fluently, has been addressing AAP's press conferences on an alleged job scam in government departments since he joined the party.

The fight against corruption will continue after the party comes to power in Goa, he said.