Patna locals say they are not getting access to safe drinking water. 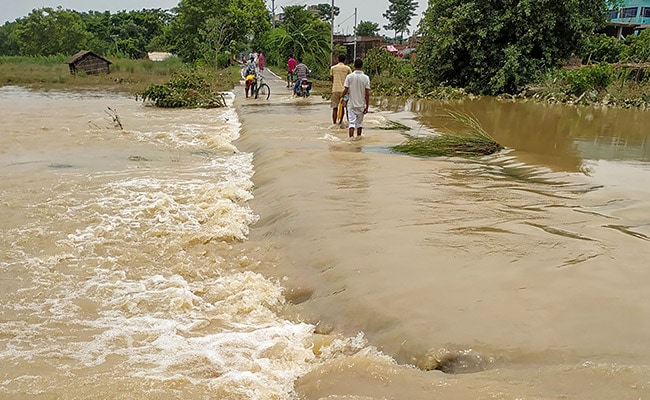 Rescue teams have been rowing people across the flooded streets in inflated boats, NDRF said (File)

The National Disaster Response Force (NDRF) has rescued over ten thousand people in Bihar's capital Patna, which has been reeling under floods for the last few days, NDRF Commandant Vijay Sinha said on Wednesday.

Speaking to ANI, Mr Sinha said, "NDRF has rescued ten thousand people so far. Relief material distribution is being done and their need for food is also being addressed."

Rescue teams have been rowing people across the flooded streets in inflated boats.

Mr Sinha said that the water level has not receded yet. "Right now, we are using boats to rescue people. After water recedes, we will use tractors."

"There are police representatives and magistrate in each area and they are helping rescue teams in distributing relief material," he added.

"There is no electricity for the last five days," said a local woman.

Five NDRF teams have been deployed in Rajendra Nagar and Kankarbagh areas of Patna to assist people. The Indian Air Force helicopters are dropping relief material to the flood-affected areas.

According to the Bihar State Disaster Management Authority, 40 people have died in the state due to floods so far.