Read inOther Languages
This Article is From Jul 26, 2018

"We Are Dead," He Said On Camera Before Losing Control. 1 Died In Crash

Three men in their 20s were on their way to a tourist spot in Nanital. 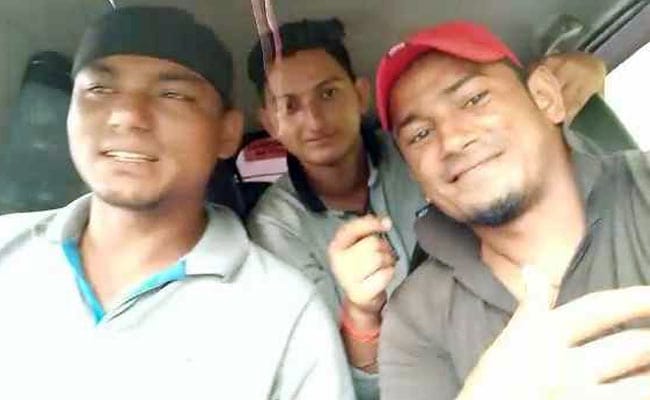 One dead, two critically injured in Nainital. They were making a video while driving

One person died and two others were critically injured at Nainital in Uttarakhand, while making a video as they were driving on the hilly road. On Wednesday, the three were on their way to a popular tourist spot, from Nainital to Kaladungi. All three were in their mid-20s.

Birender Kunwar, who died, was with the army. He was on leave and had come home to visit his family in Nanital. The two injured have been identified as Sanju Kunwar, Birender's younger brother and Dipu Dani, their friend.

The police have found the phone on which the video was shot. In the video, the three can be seen smiling and talking, while the man behind the wheels, was looking at the phone camera intermittently said the police. After a while, the video goes hazy. And probably at that moment the driver lost control and the vehicle rolled down the mountain slope, the police told NDTV.

Incidents of fatal accidents, while driving and making videos or taking selfies, have been on the rise. On June 21, a 33-year-old woman from Delhi died after falling into a 500-ft deep valley, while taking a selfie at Matheran, a popular hill station in Mumbai's neighbouring Raigad district. The family was visiting Louisa Point, when all of them started clicking selfies and photos. The woman, while taking a selfie, slipped and fell into the deep valley said a police official.

On June 18, two tourists from Tamil Nadu drowned in two separate incidents while clicking selfies in Goa. Dinesh Kumar Ranganathan, 28, from Vellore drowned when he was clicking selfies along with two other tourists near a rocky stretch located next to a creek, which empties into the sea at Baga beach in North Goa.

After reports that the highest number of selfie deaths are in India, the police in Goa have identified 24 'no-selfie'spots along the coast and cliffs.