There is a certain dreary familiarity to what is going on in the Congress. Sadly, the pattern has now become predictable: the Congress does badly in an election; the sense of hopelessness among its members grows; there are murmurs of dissent from within the party; these are quickly put down by so-called loyalists seeking to praise the Gandhi family; journalists write off the Congress yet again, they are abused and trolled on social media by a new breed of Amit Malviya-wannabes who now constitute the Congress's Twitter frontline; the murmurs die down but the dissatisfaction remains; frustrated Congress members look around discreetly to see how they can escape to other parties with their dignity intact.

And nothing changes till the next electoral wipe-out when the whole cycle begins again.

Of particular significance are the Madhya Pradesh results. This is one state - unlike Bihar - where the Congress had both organization and money. It must trouble the leadership that Jyotiraditya Scindia, who exited the party with so many MLAs that the Kamal Nath government fell, was able to get most of them re-elected on BJP tickets. The signal that has gone out is: you can leave the Congress and win elections easily once you are outside because the Congress party's banner does not count for much any longer.

There are many reasons for the Congress's failure but, in the public mind, it all comes down to one thing: the leadership of Rahul Gandhi. Admittedly, some of this has to do with hostile and largely biased media perceptions of Rahul. But it also has to do with the way Rahul himself has handled the situation. 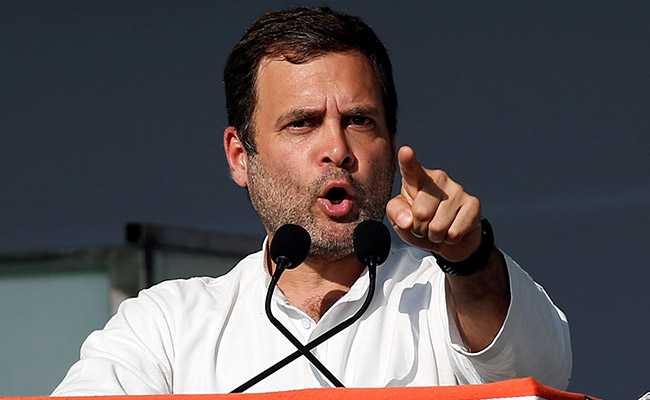 First of all, he resigned after last year's Lok Sabha debacle and declared that no member of his family would head the party. This was a brave and impressive declaration but, alas, it was followed by absolutely nothing. He still continues to act like he runs the party and no one has taken his place. Only his mother holds some kind of interim charge.

Secondly, he has proved to be inflexible and intolerant of dissent in a manner that would make proud his famously dictatorial grandmother. When unhappy Congressmen wrote that famous letter a few months ago, he did not make enough of an effort to assuage their concerns or to pull them back into the fold. The letter was seen as an act of lese majeste.

Thirdly, all those who hoped that even as the letter-writers were made to walk the plank, the Congress would put into motion some far-reaching reforms or, at the very least, find a full-time President have been disappointed. It is business as usual.

This has brought us now to a situation where the Congress is probably the only party that speaks up for secular, liberal values but because it conflates those values with dynasty and an intolerance of internal dissent, it devalues the importance of the liberal perspective. It has got to the stage where even when Rahul Gandhi is right - as he was about the government's underestimation of the Covid threat - his message is drowned out by the baggage that accompanies him everywhere. 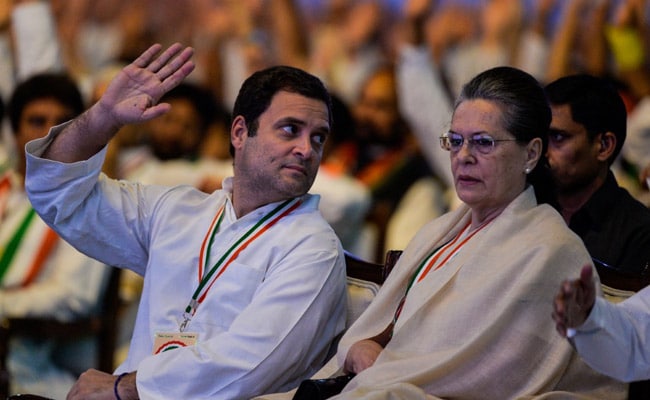 Hardly anybody within the Congress believes that things will get better as long as the present situation endures. Some Congressmen are also struck by the contrast between Rahul's personality and his current behaviour. People who know him say that he is bright, well-read and essentially decent. Surely, such a person will realise that he, not the values his party represents, has now become the issue?

Rahul has repeatedly said that he doesn't seek personal power and more recently, he has repeated that he does not want to lead the Congress. Surely, he should then realize how important it is for him to step back and let some new leadership emerge?

It is true that there is no obvious successor and if Rahul Gandhi removes himself from the helm of party affairs, there will be chaos for a year or two during which the Congress may struggle to win elections.

On the other hand, is the Congress winning elections now? Is it likely to in the near future? And isn't the party in a state of chaos anyway - beneath the calm that Rahul and his stooges try to project.

Nobody is asking the Gandhis to go away. Many members of the family have given their lives for India. Were it not for Sonia Gandhi, the Congress would not have lasted into the 21st century. The average Congress worker (though, perhaps, not the voter) recognises this and has enormous regard for members of the Gandhi family. The Gandhis will always retain an emotional leadership, regardless of the positions they hold.

But hasn't this current circus gone on too long? Isn't it time to put a new elected leadership into the field? Can this state of awkward paralysis last for much longer? Doesn't Rahul realise that the current dissatisfaction within the party with his undeclared leadership and his new generation of courtiers play into the BJP's caricature of the Congress as a party where only a member of the royal dynasty can rule, and where the troops must go uncomplainingly into battles they know they are doomed to lose?

These are questions many people, not necessarily antithetical to the Congress, are asking.

But no answers are forthcoming.