Nirmala Sitharaman's Unenviable Job Is Being Made Harder

When a photo emerged of Prime Minister Narendra Modi, surrounded by his senior officials including Home Minister Amit Shah, meeting with economists this week, the internet had only one question: where was Finance Minister Nirmala Sitharaman? After all, the Union Budget is only weeks away, and surely it is the Finance Minister who needs input from economists at this point? 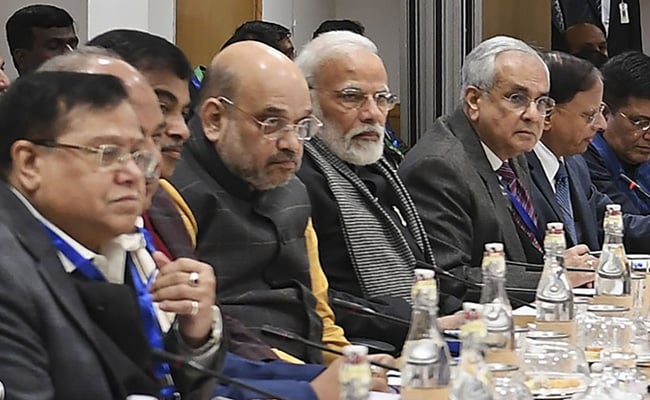 We now know that at the same time that Modi was meeting the economists, Sitharaman was meeting various delegations from organisations related to the BJP and to the Sangh Parivar more broadly, who were also providing her with inputs related to the Budget. The fact is that the Finance Minister's schedule in the weeks prior to the Budget is even more densely packed and pre-planned than the Prime Minister's. She met sectoral experts and economists weeks ago, so the notion that she has not sought or received the best possible advice is simply false. Nor can we say that pre-Budget meetings can be restricted only to experts. The Budget is an act of policy messaging as much as anything else. You have to show that you run an inclusive government - and that means meeting people from various different walks of life who feel they have something to contribute.

Yet there was something disturbing about her absence from the photo. Most worryingly, it gave the impression that, in the run-up to the Budget, it is the Prime Minister's office that is making the crucial decisions. Now we know that Modi likes to give the impression that he and only he is in charge. But the simple fact is that he isn't, and that he can't be. We have a cabinet system of government for a reason: one man, one ministry, and one office can't run it all. Yes, the Prime Minister can and should set the policy direction. But then its up to his ministers to carry it out. The simple fact is that appearing to have parallel meetings with other cabinet ministers in the room, and not the Finance Minister, is an appalling act of messaging. It reinforces the notion that Sitharaman is being sidelined - and that is an unfair burden to put on a Finance Minister who will shortly have to face parliament with her Budget.

Sitharaman has been handed one of the toughest jobs in recent political history. She has been given the wheel of a sinking ship and told to steer it. Her first Budget was marred by problematic numbers - numbers which could and should have been caught by the government machinery, but which a new Finance Minister could hardly have been expected to have spotted or stopped. In the months since then, the extent of the crisis that has hit the Indian economy became visible. Demand in the economy has collapsed, banks are still going slow on lending, exports remain weak, and tax revenue is way below expectations. Sitharaman has to both fund the spending the Prime Minister's demands and also avoid crushing investors' hopes with ruinous taxation or harsh anti-evasion measures. Economists themselves are divided on what she should do - forget about fiscal responsibility and pour money into the economy, or hold the line on expenditure and look for other ways to restore growth. It is not that the Finance Minister has not had the opportunity or lacks interest in what economists might say - it is that even such advice is not as clear or unambiguous as one would hope.

At its core, a Union Budget is a political balancing act between revenue and expenditure, but most Finance Ministers have had more room to maneouvre than Sitharaman. What makes matters worse is the relentless bad press that has followed her  since she became Finance Minister. I have a theory as to why - she is the first Finance Minister in 15 years whom the business press feels it can attack with impunity. Such attacks would never have been levelled on Arun Jaitley, P Chidambaram or Pranab Mukherjee, even if one of them had been constrained to hold weekly press conferences announcing measures to stimulate and relieve the economy. 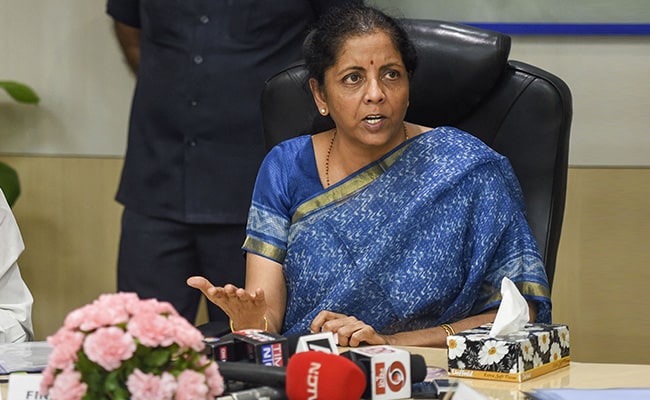 And this is precisely why I feel the prime minister, and the rest of the government, should be a little bit more circumspect at this precise moment. It might appear convenient to let it appear that Sitharaman herself is to blame for problems that are actually beyond her control, and that the Prime Minister is stepping in to provide a patient hearing to those who know better. Even if that was not the intention, it was certainly the impression that many took away. But this is unwise politics. Beyond a certain point, people expect leaders to have picked the right person for the job. No Prime Minister, even one as popular as Modi, can expect to be trusted to do his own job if the blame for bad outcomes is always being shifted onto advisors and subordinates.

The problem in Modi's government has been, from the beginning, over-centralisation in a Prime Minister's office that does not have the competence or expertise for many of the decisions it is being called upon to make. 7RCR is not the White House with a vast stable of in-house expertise and multiple agencies below it. The differences will be most marked in something like the preparation of the Budget, which requires a great deal of domain knowledge and months of concentrated effort. The Finance Minister knows how this can be done, it should be allowed to do it. We can then judge its efforts fairly. But rigging the game against it from the beginning is simply unfair.

The fact is that Modi has indeed chosen many of his ministers because he believes they are competent. That is why Sitharaman is in the Finance Ministry. We know that it is not to satisfy some political constituency, or for geographical balance, or to assuage a coalition partner, or any other reason. She's there because she can do the job. So there's no reason for the Prime Minister and the Home Minister to do her job for her. What precisely could that group of economists have contributed by meeting the Prime Minister that they could not have when meeting the Finance Minister months ago? If economists have something to tell the person responsible for the Budget, then they can go and meet her in any of her weeks of pre-Budget meetings. Or, of course, they can her tell her on Twitter like everyone else.